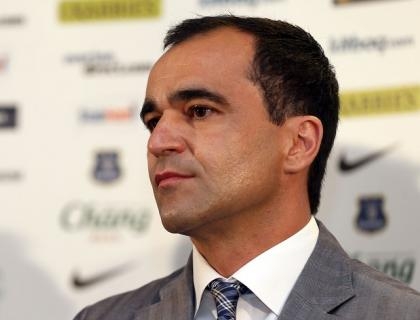 The highly-rated 19-year-old scored 18 times in 33 matches for the Catalan's B side last season and made a handful of substitute appearances for the senior side, resulting in him earning a long-term contract this summer.

"Gerard is a real diamond of Spanish football and a boy with incredible footballing talent and I am delighted that he has chosen to take the next step of his career with Everton," Martinez told evertonfc.com.

Deulofeu is a graduate of Barcelona's famed La Masia academy and has played for Spain's Under-17s, Under-19s, Under-20s and Under-21s.

He will join up with the Blues squad later this summer as he is currently on a break after involvement in the recent Under-20s World Cup in Turkey.