​Everton travel to Selhurst Park on the first day of the new season. Marco Silva will be looking to get the better of Crystal Palace and start the new campaign with a win.

The Toffees are looking at their second straight season without European football, but after spending well in the transfer market this summer they will be eager to challenge for continental qualification once again.

Here is everything there is to know about Everton ahead of the new season. 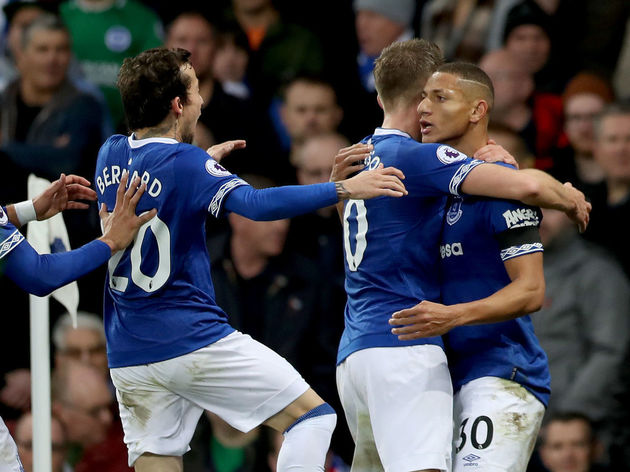 Everton fell short of Europa League qualification by just three points last season. They were beaten to it by a very strong Wolves side who will be eager to do the same this time round.

Goodison Park saw some promising results especially towards the end of the season. The latter stage of their campaign saw Silva's side beat, Arsenal, and Manchester United, all without conceding a goal.

Everton will be looking to continue this strong home form, while working on playing more consistently throughout the entire season, allowing them to break into the top seven. Everton have had a busy pre-season, taking part in seven friendlies over the summer. The club made history by becoming the first Premier League club to play in Kenya as they lost on penalties to Kariobangi Sharks FC.

A 1-0 win over Monaco was overshadowed by two disappointing goalless draws against FC Sion and Wigan. Things only got worse for the Toffees from that point as they then failed to score again, this time in a 1-0 defeat to Sevilla.

Although Silva will have been focused his team's fitness levels and performances, he would have been disappointed by the way Everton rounded off their pre-season with a 3-1 loss to FSV Mainz 05 and another 0-0 draw with Werder Bremen. Everton will have to figure out how to score goals if they are to challenge for European football next season. Things are looking much better for Everton after the arrivals of some serious talent in the past few days. The signing of Juventus' Moise Kean in particular, for an initial £29m, has to be one of the bargains of the transfer window. The 19-year-old is considered one of the hottest prospects in European football will surely excel in the north west.

Everton also announced the signing of Jean-Philippe Gbamin from Mainz for around £22m. The defensive midfielder will act as a replacement for Idrissa Gueye, but could also slot into a centre-back role if needed.

Securing Andre Gomes on a permanent deal will perhaps be the best bit of business in the eyes of the Everton faithful. The Portuguese midfielder became integral at Goodison towards the end of last season.

The Toffees have also brought in Fabian Delph and Jonas Lossl, while the likes of Kevin Mirallas, Oumar Niasse, and Yannick Bolasie have all returned from their respective loan spells. While it is true that Everton have spent big, they have been able to do this due to raking in almost £60m through sales.

Ademola Lookman will be playing his football in Germany next season as he joined RB Leipzig for roughly £16m. Fellow 21-year-old Nikola Vlasic has also left the club, moving to CSKA Moscow for £14m.

However, the sale that will truly hurt the side is that of Gueye to Paris Saint-Germain. The tireless midfielder has been crucial to the side's efforts in the last three seasons and will be sorely missed. However, the £27m that PSG paid for Gueye has allowed Everton to bring in Gbamin who will hopefully fill the gap. Despite their pre-season woes in front of goal the Toffees will be expected to cause Premier League defences problems all season long.

With Gylfi Sigurdsson sat just behind Bernard, Richarlison, and Kean it is easy to see the Toffees playing in a dynamic way that is similar to that of their Liverpudlian rivals.

Theo Walcott and Dominic Calvert-Lewin played a big part in the Everton setup last year and while they are both of a high quality the squad definitely needed strengthening if it was to challenge Wolves and the 'big six' this year. Before their summer signings, this section would be devoted to the lack of a world-class striker. However, the additions of Kean and Richarlison in the last two summer windows may have finally plugged the gap left behind by ​Romelu Lukaku.

Instead, focus will need to be turned to the squad depth, particularly in defence. Kurt Zouma was brilliant for Everton on loan last season but it looks like he will be staying at Chelsea.

If ex-Barcelona defender Yerry Mina is unable to step up to the challenge of ​Premier League football there could be many high scoring games and dropped points for Silva's side. This said, Michael Keane looks a real talent and will help protect Jordan Pickford behind him. In truth, any number of players could be the key man for ​Everton next season. From Pickford in goal, to Lucas Digne on the left, to Gomes in the middle, and Richarlison up top.

However, judging by last season it will be Sigurdsson who will pull the strings for the Toffees once again. The Iceland international will have the vital task of linking the midfield to their emphatic strike force.

The 29-year-old scored 14 and set up seven last season, more than any other Everton by quite a distance. The attacking midfielder's ability to turn a defence with his vision or hit the back of the net from 25 yards out will help his turn any match on its head. Everton always seem to have one of the best starting lineups in the league, yet they often fail to reach the level they should be at.

With Silva at the helm of the squad they have, there is no reason ​why they couldn't finish as the best of the rest in seventh and even challenge the likes of ​Arsenal, ​Chelsea, and ​Man Utd for a spot in the Champions League.

The only problem for Everton is that ​Wolves and ​Leicester are in exactly the same position.