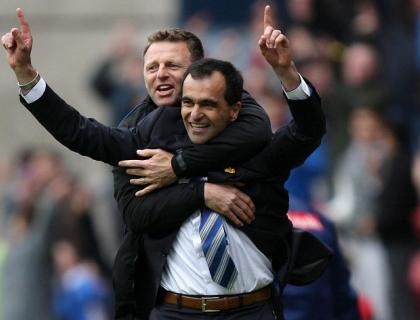 Their appointments follow the departure of Steve Round, Chris Woods and Jimmy Lumsden who were released from their contracts on Monday to join former Toffees boss David Moyes at Manchester United.