Everton have confirmed that the club has recorded a second successive year of record revenues, totalling £189m - a ten % increase from the previous year.

The Toffees revealed that commercial revenue from sponsorship, advertising and merchandising grew by 34% from 2017. This was mainly attributed to the club securing their first main African partner, SportPesa, whilst their deals with both Rovio and Angry Birds added to their sponsorship income. In a statement posted on the ​club's official website, Everton confirmed a record number of season ticket holders (31,282), with every home seat sold for all their ​Premier League matches in the 2017/18 campaign.

Domestic attendances and their participation in the UEFA Europa League combined for a 16% increase in gate receipts, whilst their eighth-place finish in the league secured a £25.1m payment.

​Everton also revealed that investments in the first team squad, including the likes of Michael Keane, Gylfi Sigurdsson, Cenk Tosun, Theo Walcott and Jordan Pickford, was the main reason behind rising staff costs from £104.7m in 2017, to £145.8m in 2018. "This commercial growth demonstrates our progress and we have a vision for the club that is shared on and off the pitch by our majority shareholder, chairman, our board of directors, the Everton leadership team, our director of football and manager." 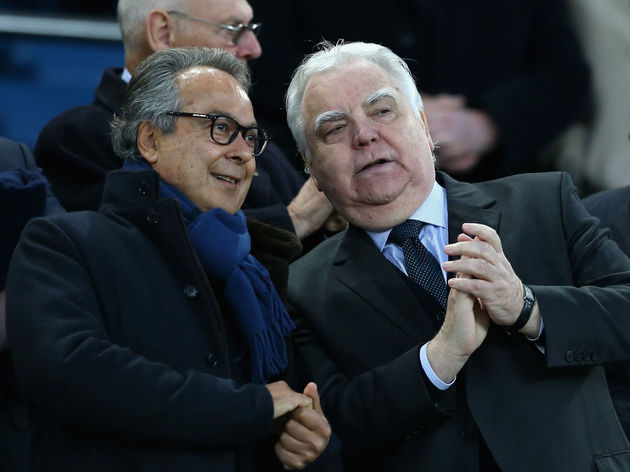 Everton's long-standing chairman Bill Kenwright added: "With Farhad continuing his outstanding commitment, Marcel and Marco driving our team forward, Unsie continuing to develop some of the best young talent, Denise thrusting out operations ever onward and a fanbase that continues to inspire our ambition, we look forward to the next 12 months with purpose and anticipation."​