Gomes went down under a challenge from Spurs forward Son Heung-min and then collided with Serge Aurier after getting the toe of his boot caught in the turf. It appeared to be his forward momentum combined with the freak landing that caused the damage. 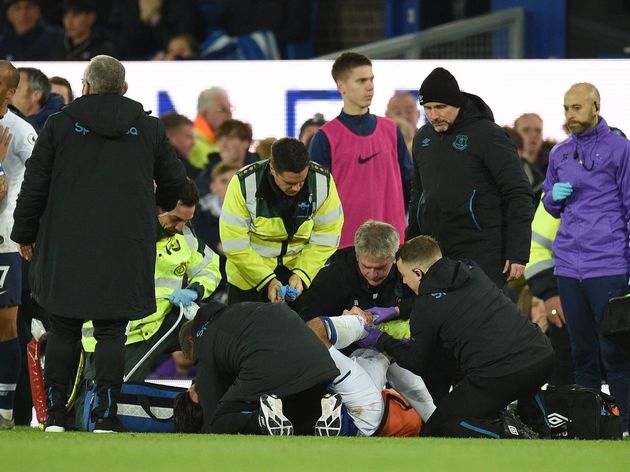 Treated for several minutes on the pitch before being stretchered off, Gomes was taken to a nearby hospital, where tests revealed the extent of the damage. Everton have assured fans that updates will be given in due course as he begins his recovery.

At the time, it became immediately apparent that the Portugal international had sustained a horrific injury, with players on both teams visibly shaken and distraught. Son in particular was in tears, Aurier too was seen with his head in hands after seeing the sickening dislocation.

Son was shown a red card for the challenge. And while there has been a debate as to whether the South Korean deserved that punishment given the innocuous nature of the initial challenge, a Premier League statement has since clarified why he was sent off. 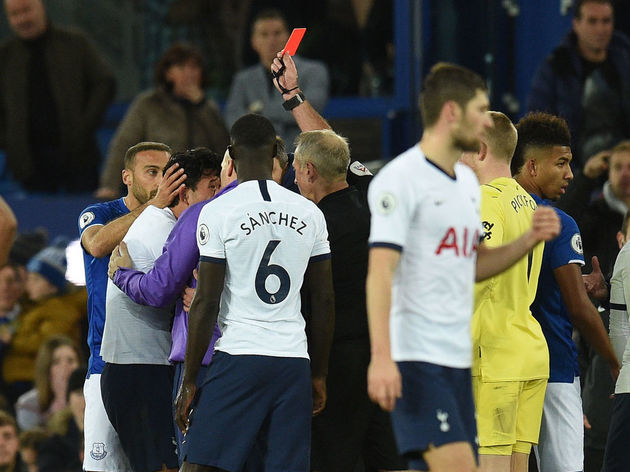 “The red card for Son was for endangering the safety of a player which happened as a consequence of his initial challenge,” the explanation read.

Referee Martin Atkinson had initially withdrawn a yellow card as soon as he stopped play for the foul from Son. But it appeared that the official changed his mind and opted to issue a red card instead, presumably in keeping with the above logic, upon seeing the severity of the injury.

Gomes completed a £22m transfer to Everton from Barcelona in June, having already spent the 2018/19 season on loan at Goodison Park.