Having stayed resolute for 94 minutes, Everton looked destined for a point against Liverpool in the Merseyside derby. However, in a cruel twist of fate, Origi prodded home in the 95th minute after Jordan Pickford mishandled the ball bizarrely to win Liverpool the game.

Klopp simply couldn't contain himself as he sprinted onto the pitch and hugged Alisson in pure delight and relief. Many would have been offended or angry at the German's behaviour, however, Marco Silva responded gracefully to what could have been deemed unsavoury events. Speaking to Sky Sports Express, 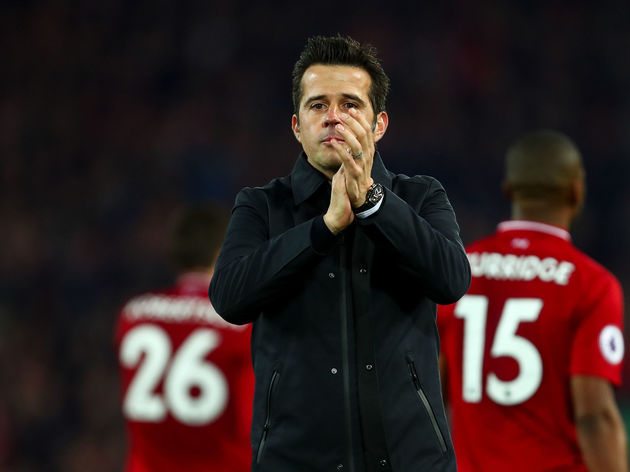 He continued: “I don’t know. But I didn’t see and I’m sure if Klopp did, [it’s] because in that moment he felt that.”

Much of the post-match reaction was concentrated on Klopp's jubilant celebrations, but Silva was more disappointed about what he thought was an unjust result.

FT | We had the chances, but conceded at the death. Very hard to take.

“My players worked really hard and they showed our quality on the pitch as well.

“Like I told you before the match, it was our goal to come here and challenge them. It was a tough game but for both teams."

Whilst Silva felt that EvertonOrigi's

Heartbroken but extremely proud of how the lads played! The difference in this season to last is remarkable it really is!! A crazy situation how the game ended but understand that 1 game doesn’t define our season and we are improving with every game under Marco! #COYB 

“Second half we were the better team on the pitch and we started to control the match. We did not deserve this result, and a draw would have been the fairest result.

Everton will be bitterly disappointed to have lost the game, particularly in such a cruel and bizarre fashion. However, they have a chance to bounce back on Wednesday as they face Newcastle