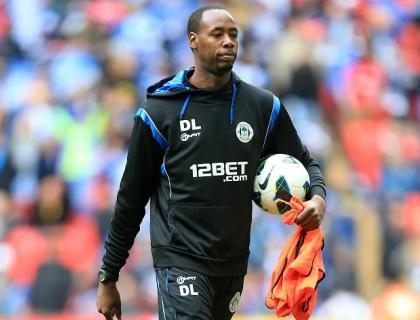 The former Trinidad and Tobago international has been appointed to assist under-21 manager Alan Stubbs.

Lawrence, who also worked under Martinez at Swansea and Wigan, will be involved in ensuring information is filtered down to coaches throughout the academy set-up.

Martinez has already signed striker Arouna Kone, defender Antolin Alcaraz and goalkeeper Joel Robles - who all played under him at the DW Stadium - as well as four members of the Latics backroom staff.

The Spaniard is also being linked with a move for Chelsea's Victor Moses, who was at the DW Stadium for two and a half years.

Andy Holden, who was part of former manager David Moyes' backroom staff, has left the club.