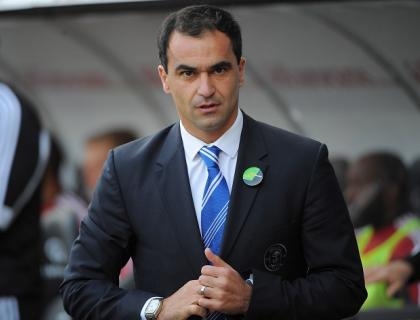 Everton confirmed the Spaniard's arrival in a press release, with the former Wigan boss set to be unveiled at a press conference at 4pm.

Martinez led Wigan to the FA Cup last season but opted to leave the club after they also suffered relegation from the Barclays Premier League.

"Everton Football Club is today delighted to confirm the appointment of Roberto Martinez as its next manager," the statement read.

"The 39-year-old Spaniard joins from Wigan Athletic and has signed a four-year contract at Goodison Park.

"Mr Martinez will be officially unveiled as the club's 14th permanent manager at a media conference on Wednesday afternoon."