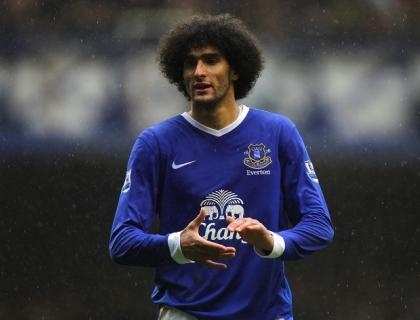 The 25-year-old Belgium midfielder, who has a release clause in his contract, has been heavily linked with a move either to Arsenal or to join up with former Toffees boss David Moyes at Manchester United.

But Moyes' replacement is not concerned. Quoted in the Sun on Sunday, Martinez said: "I don't think it is an issue."

He added: "You are not talking about a player who is out of the squad or in negotiations with another club. I won't look to speak to him about this because there is nothing to speak about.

"What I want is him to be ready for the next season, to be ready to take an important role at the club and understand that it is a big season for him.

"As an individual, he has got an exciting year in front of him and I don't think he is personally thinking, 'Am I going to be here?' I don't think that's in his head."