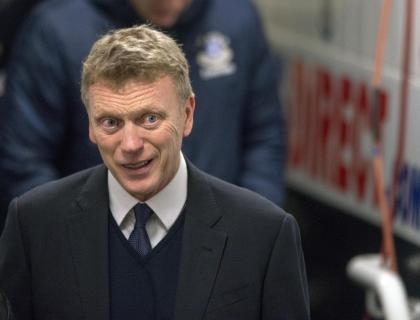 Victory over Newcastle last week ensured they claimed nine points out of a possible 12 over the festive period and if they can see off League Two Cheltenham, the Toffees will have got their year off to the ideal start.

"I think to finish the Christmas/New Year period with such a good victory at Newcastle continues the confidence," said the Scot. "You hope to go into the new year buoyant and ready to go again and we've tended to be better in the second half of the season."

He added: "If we can achieve that I am sure it will give us a good end result. We took nine of 12 points over the Christmas period which was a decent return and I'd have taken that before we started.

"It will give us a chance to settle down and get a few people back from injury which will make it look like we've added some new players as a result of that."

One thing Moyes is keen to improve on is his side's habit of conceding the first goal, which they did at St James' Park on Wednesday,

"It is not easy for the manager because we have not been doing an awful lot wrong but we've found ourselves having to come from a goal down," he said. "It says a lot about the players that they have the character to do so and they don't let it ruffle them too much."

Moyes is also hoping the cup can spark striker Nikica Jelavic into another scoring run.

The Croatia international has found the net just once since November 10 but Moyes is not too concerned.

"I think Jelavic played well against Newcastle and it was a big improvement on what he had done and he was unlucky not to get a couple of goals against Chelsea (in the match previously)," Moyes said. "I think he looks as if he is knocking on the door and is getting much closer."