Saints players will carry on - Moyes 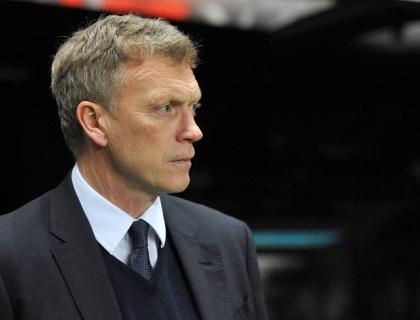 The Toffees will provide the first opponents for new boss Mauricio Pochettino when they travel to the south coast for Monday's Barclays Premier League clash. Pochettino, formerly in charge of Spanish side Espanyol, took over the Saints hotseat on Friday following the sudden sacking of Nigel Adkins.

The Scot said: "It's a really difficult one to judge because I actually think Southampton have been playing quite well. I'm not quite sure what effect it will have on the players but when you get a new manager you get on with it."

The former Scunthorpe boss had achieved back-to-back promotions and appeared to have turned things around after a shaky start to life in the Premier League but that was not enough for ambitious chairman Nicola Cortese.

Adkins was hugely popular and the decision will have shocked fans and players alike, but Moyes does not think it will make his side's task easier on Monday.

He added: "I don't think players mope around too long about the manager, and I mean that with real respect for Nigel, but I think players just get on with their job. I would expect them to do that and it will be difficult.

"I don't know what the atmosphere will be like, I would have expected the supporters to have probably been in Nigel's camp because of the work he'd done there."

Everton will be looking for three points to keep them hot on the heels of the top four. The Toffees were frustrated last weekend when they were held to a goalless draw with Swansea, and Moyes wants his side to be more creative when the onus is on them.

"That's something we need to be a little bit better at," he said. "Over the years we've had to do that (sit back) against the better sides and we've had some great results, and teams are now doing that to us. We've found it a little bit difficult when it's happened if we've not got the goal.

"We kept plugging away (against Swansea) but on the day we just didn't have that bit of something that made the difference. We've tried to work on creating more chances, making better runs and passes for people to get in, better crosses, so we're continually trying, but there'll be days when it doesn't happen."