​Everton defender ​Seamus Coleman has heaped praise onto boss Marco Silva, describing him as 'a great man', following the Toffees' 1-0 win over Cardiff City on Saturday.

Coleman was speaking following Everton's narrow 1-0 victory at home against newly promoted Cardiff - a win that saw Silva take the Merseyside club up to sixth in the table; ahead of Manchester United. 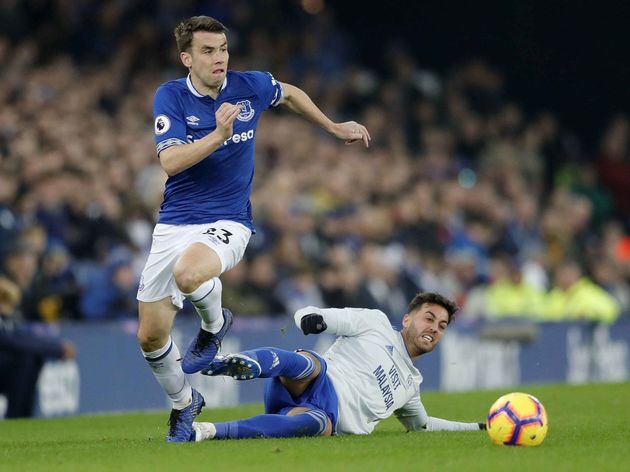 Coleman did not hold back when praising the Portuguese tactician, despite labelling him as 'incredibly demanding'. Speaking to the ​Liverpool Echo, Coleman said:

"I think he a coach who brings the best out of players, he is a positive man. Anyone who had worked with him in the past said we would really like him and he is demanding on the training pitch and at half time but if you bump into him in the corridor he is asking about your family.

"But as players that is what you want. It is not like he is b******ing you for the sake of it, everything is for the team. He is a great man," he added.

FT: It's 4️⃣ home @premierleague wins in a row for the Toffees!  #EFCmatchday pic.twitter.com/Hop4Ju3C7A

​Everton are threatening to disrupt the 'big six' and look the most likely side to do so come May.

Silva has got Everton playing with flair going forward after signing Brazilian's Richarlison and Bernard in the summer.

After conceding five goals in their first three ​Premier League matches, things did not exactly go to plan for Silva in the early weeks of the 2018/19 season. However, ​Coleman had no doubts that his boss would be able to turn it around. "I think it always takes time when a new manager comes in for them to stamp their authority on the team, but confidence in football is massive and you can see confidence in the way he wants us to play.