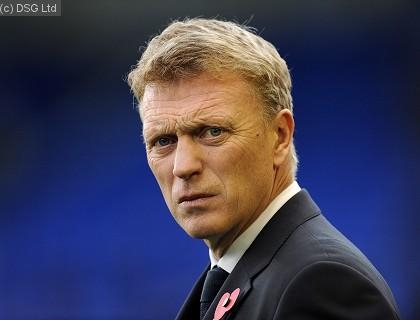 Sebastien Bassong headed a last-gasp equaliser as Norwich snatched a 1-1 draw against Everton from a bruising Barclays Premier League encounter at Goodison Park.

Everton had started superbly and deservedly led when Steven Naismith swept in from close range after 12 minutes.

But the Toffees' top-four hopes were again undermined as they switched off at a late free-kick and Bassong headed past Tim Howard at the far post in the final minute.

It was a fifth draw in seven games for David Moyes' side but another encouraging result for Norwich after last week's defeat of Manchester United.

After their frustrating recent results, Everton had appeared to mean business from the outset.

Phil Jagielka, captain in the absence of Phil Neville and playing right-back with Seamus Coleman also out, flicked in an excellent cross but Nikica Jelavic could not direct a header on target.

Everton's early superiority was rewarded when Naismith emphatically finished off a slick move.

Bryan Oviedo burst down the left after being picked out by a fine ball from Thomas Hitzlsperger and Naismith crashed his low ball into the roof of the net from six yards.

Everton could have doubled their lead as Steven Pienaar, apparently on the right but roving across the field, linked well with Hitzlsperger and Leighton Baines.

Baines powered into the box and tested Ruddy with a fierce shot which he could only parry into Osman's path but the follow-up attempt went over.

Everton appealed for a penalty when Alexander Tettey slid in on Naismith but referee Mike Jones showed little interest.

Norwich looked to inspirational forward Grant Holt to drag them back into the game and the captain was caught offside a couple of times as they attempted to play him through.

That might have served as a warning and the Toffees had a let-off when Holt powered through challenges from central defenders John Heitinga and Sylvain Distin, only to slice his shot wide.

Everton responded as Osman clipped an effort straight at Ruddy and the keeper also did well to smother the ball as Naismith threatened again.

Another chance opened up for Osman as the first half drew to a close but again could only shoot at Ruddy.

Norwich ended the half much better than they started it and had another chance when Bassong won a header at a corner but his effort was well wide.

The second half took some while to get going and it was a good 10 minutes before Everton produced a move of note and then Naismith strayed offside.

Norwich got an opportunity from a set-piece after a foul by Heitinga and Anthony Pilkington curled a good effort over the wall but Howard saved comfortably enough.

Distin, still forward after a free-kick, had a chance for Everton as Hitzlsperger delivered a deep ball into the box but his header did not trouble Ruddy.

Everton were annoyed when Jelavic's shot from a corner appeared to be deflected behind but Jones awarded Norwich a goalkick.

Norwich went close to an equaliser as Wes Hoolahan put Robert Snodgrass through on goal but his shot beyond Howard was hooked off the line by the backtracking Heitinga.

Ruddy saved well to deny Baines a second Everton goal after the Toffees left-back had charged into the area and let fly with a fierce shot.

Naismith then slipped in Osman but he got caught in two minds between crossing and shooting and dragged the ball across goal and wide.

Norwich then suffered a blow eight minutes from time as Ruddy was forced off with an injury and manager Chris Hughton needed to turn to substitute keeper Mark Bunn.

Dead-ball specialist Baines may have fancied his chances of killing Norwich off as he lined up a free-kick on the right with three minutes remaining.

Tettey blocked but was booked for encroaching and Baines fired a second attempt narrowly over.

Everton paid for their missed chances as the Canaries snatched an equaliser just as the fourth official held up his board to indicate four minutes of stoppage time.

Javier Garrido curled in a free-kick from the right which dipped over several heads before landing perfectly for Bassong to power a header on target.

Howard, who might also have done better for the cross, failed to get his body in the way and Norwich held on to claim a point.