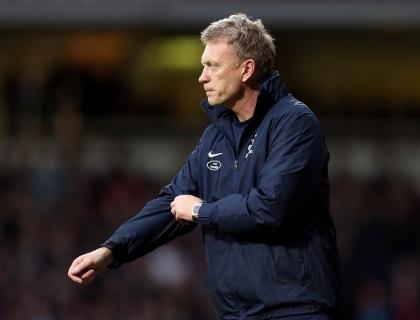 Frank Lampard's days at Chelsea may be numbered but he seems determined to go out in a blaze of glory after firing them to a 2-1 win over Everton.

Restored to the starting line-up, the England midfielder scored twice to inspire his side to recover from Steven Pienaar's second-minute strike and secure a fourth successive league victory.

The win ensured Chelsea head into 2013 in third place in the table, just four points behind second-placed Manchester City with a match in hand.

But the main focus of debate will be about the 34-year-old Lampard, who is eligible to sign a pre-contract agreement to join a foreign club in the summer on January 1.

If he wanted to make a viable case for a new contract when his deal expires in June he is going the right way about it, although the noises from Stamford Bridge suggest there is little or no inclination to do so.

Lampard is now just one goal short of Kerry Dixon, who is the club's second all-time leading scorer with 193.

But it had looked like being a long afternoon on Merseyside for the visitors after Everton got off to a dream start with just 64 seconds gone.

Phil Jagielka, playing at right-back in recent weeks because of injuries, swung over a cross which Victor Anichebe headed against the far post and Pienaar was quickest to react to the loose ball to drill it past Petr Cech.

That strike ensured Everton recorded their best Premier League goalscoring return in a calendar year, beating the previous best of 64 in 1996.

The same post denied Nikica Jelavic a second from a free-kick, but this time the rebound was not so kind to the Toffees and Chelsea were able to clear.

However, the home side, emboldened by a home record which has not seen them been beaten in the league since late March, continued to press forward with Leon Osman bringing a good low save out of Cech.

By the midway point of the half Chelsea had begun to find a foothold in the game with Ramires and Juan Mata starting to have more influence.

The former produced a driving 50-yard run and shot which was blocked by John Heitinga and Mata's follow-up caught just enough of the Holland defender to take off sufficient pace to allow Howard to block with his legs.

Full-back Ashley Cole was then inches away from sliding in the equaliser from Cesar Azpilicueta's cross but the goal they threatened finally arrived three minutes before the interval.

Lampard, given far too much space, planted a header from Ramires' cross inside the near post to wrongfoot Howard.

Chelsea lost Cech to injury at the interval, giving Ross Turnbull his first league appearance of the season, as the second half started openly but scrappily.

Torres, so often the scourge of Everton in a red shirt, had been relatively subdued but started to get a few more openings and midway through the half brought a good save out of Howard with a shot on the turn.

Osman then did the same to Turnbull at the other end after side-stepping a couple of half-hearted tackles, before Jelavic's flicked header from Leighton Baines' cross beat the goalkeeper but not the crossbar - the 17th time this season they have hit the woodwork.

With 18 minutes remaining Everton were carved open by another driving Ramires run and Howard was desperately unlucky that when he brilliantly denied Mata, the ball fell to Lampard six yards out who could not miss an open goal.

Jelavic had a chance to snatch a draw deep into in added time but could not get enough power on his close-range effort and Turnbull gathered gratefully.