It’s been an up-and-down season at Goodison Park, but as with any Everton campaign there have been various eye-catching and chaotic fixtures to feast your eyes on, sometimes reminiscent of the glory days.

With that in mind, while we’re waiting for football to perk up again, here are seven classic Everton games to relive at your leisure.

It’s a true travesty that youngsters today don’t know how dominant ​Everton were back in the day.

Between Andy Gray, Graeme Sharp, Kevin Sheedy and plenty of others, Everton were stacked with talent and blew away the rest of the league, topping the table by 13 points, and this dismantling of the Red Devils was the icing on the cake.

The game in question is worth watching alone for a Sheedy headed goal of such serious hang time that he floors himself in the process of scoring it.

All Everton fans know what happened next, with the Toffees conquering Rapid Wien to lay their hands on their first ever European trophy, but the two-legged semi-final of the 1985 Cup Winners’ Cup may live even longer in the memory.

​Bayern Munich had gone 1-0 up through Uli Hoeness in the second leg, a crucial away goal, but Everton showed that they could go toe-to-toe with any footballing Goliath, producing a three-goal second half salvo to book their ticket to Rotterdam. 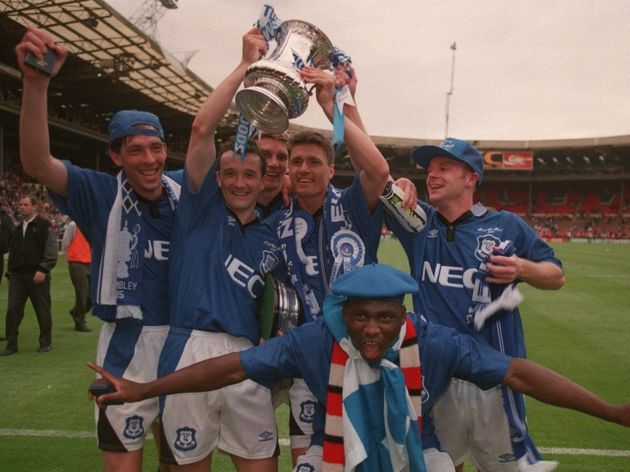 Everton fans will be hoping that Farhad Moshiri and Carlo Ancelotti might be the dream team that finally delivers them their first trophy since this upset against a vintage Sir Alex Ferguson side who had only just missed out on the title.

Neville Southall may have a reputation as a kindly soul these days, but there was no such generosity of spirit on display from the Welshman

And what now of Paul Rideout, the scorer of the scrappy winning goal? Currently a youth team coach at Sporting Kansas City, having featured for three different Chinese football clubs after leaving Everton. 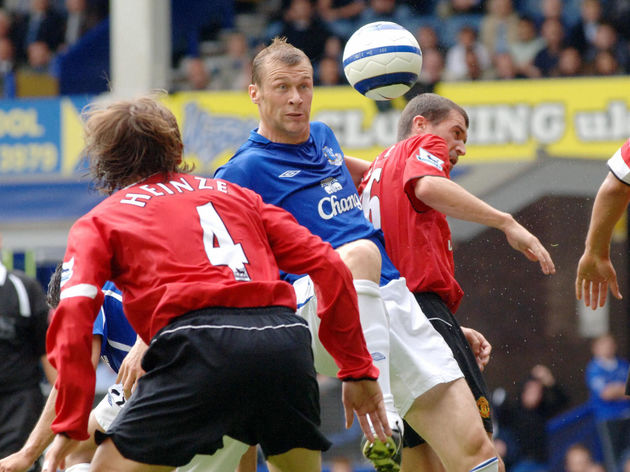 It’s also often forgotten that Everton qualified for the modern ​Champions League. Well, until Villarreal knocked them out in the qualifiers.

Despite a mid-season slump, they effectively seal a top four spot after a typically ebullient header from big Duncan Ferguson against United. A 7-0 defeat to ​Arsenal on the penultimate day gave them the unlikely distinction of achieving said feat with a negative goal difference – now that is Everton. 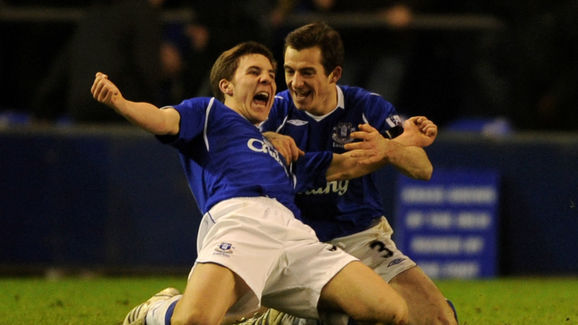 Anyone who says they remember seeing this iconic goal live was either at Goodison Park or a complete liar, in a game notorious for ITV deciding to go to an ad break just as Dan Gosling fired in the winner.

Even his poor mum didn’t see him defy three red shirts and slot it home to settle this FA Cup Fourth Round tie with their bitter rivals.

This was an awful season for ​Liverpool, and especially for Steven Gerrard during his fare

Phil Jagielka probably thinks about this goal every time he closes his eyes, right? The only thing better than a completely undeserved point in the Merseyside derby is if it comes through an ageing, plodding centre-back doing his best Roberto Carlos impression in injury time.

The prodigal son rolling back the years to help drag his boyhood side to the dizzy heights of eighth place.

Age was just a number for Wayne Rooney in this match, as he capped off a memorable hat trick with a 59-yard chip which left Joe Hart totally helpless.