Andy Robertson vs Dominic Calvert-Lewin: Assessing Who Has the Better Lockdown Routine

Unless you're one of the few working tirelessly at a hospital, a supermarket or any other essential service​ (god bless you), then coronavirus lockdown = a lot more time spent at home than you're used to.

And top-level footballers, used to playing games twice a week, training the other five days and spending hours of their down time in the gym on top of that, are no exception.

In the cases of ​Liverpool's left-footed wonder ​Andy Robertson and ​Everton's goalscoring battering ram Dominic Calvert-Lewin, though, we need no longer speculate as to how the stars we're so used to seeing every Super Sunday are spending their new-found free time. 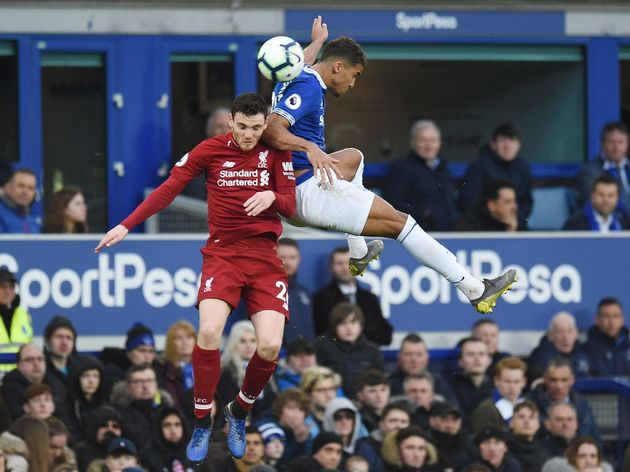 The Merseyside duo have each taken to Twitter to share their (probably) tongue-in-cheek itineraries, and 90min have broken them down to declare a winner.

Here's your definitive comparison of how the north-west's finest are spending their days.

You are, as always, a bulky chipmunk. Quarantine routine from my isolation inspiration station. Ciao Bella Insatiooooo.  @realbobmortimer pic.twitter.com/wIHJjUQWhe

Starting with the Everton star, who gets bonus points for being an hour or so quicker out of the traps.

Calvert-Lewin starts his day with a boogie with Yerry Mina (fun), then gets dressed (less fun), then treats himself to a 'capachoochoo bella fracciato' (a fictional coffee and the first of many Bob Mortimer references).

He then gets stuck into 90 minutes of nothing but ab workouts (yeah, right), before spending the rest of the afternoon eating lunch, Skyping/Zooming/Google Hanging with Tom Davies, doing more ab workouts (seriously how strong must this dude's core be?)...and, again, referencing Mortimer.

Hi DCL... Look at you Boi!... Have a campachoochoo on me.. you are, as always, an adult Haddock.. Ciao and Bella Cervezo

An hour in the garden playing football, some 'lawnmower celebration practice' and a sprinkling of additional virtual flirting with Davies and it's time for bed.

Good fun all round, but unfortunately, for those of us who hadn't seen the specific Bob Mortimer 'train guy' skit the striker is aping at every turn (​you should w​atch it though, it's great), it does, regrettably, look like straight-up nonsense.

Regardless, a valiant effort, and highly entertaining when you get the not-so-subtle nods.

It's a less niche effort from Scotland captain Robbo, who deserves credit for his attention to detail. Seriously, he entered all of his activities into his calendar for realism, respect the grind.

We're not sure about 'yoga with the boys' at 8.30am, but two cans or Irn Bru by 10am for 'hydration' is the sort of behaviour actively endorsed by 90min (or at least this 90min writer), so we'll let it slide.

It becomes apparent pretty quickly why Liverpool fans relate so intensely to their left-back; he goes on to call Trent Alexander-Arnold four times (why wouldn't you) and spends an hour on James Milner's Instagram (again, why wouldn't you), before rounding his day off with three-and-a-half hours in his garden trying to recreate Trent's famous 'corner taken quickly' assist against Barcelona in last season's ​Champions League semi-final.

Quick game of FIFA in between calls from Robbo  pic.twitter.com/AsTKLfIz7O

Also, the text to Virgil van Dijk to say he misses him is a nice touch... especially since it takes almost two hours to type. Us too, Andy, us too.

It's tough to call. On one hand, Calvert-Lewin was the originator (well, of the two we're assessing at least) and the Mortimer references, though slightly overcooked, demonstrate a spectacular sense of humour.

Two hours working on your abs, though? On your time off? He's either lying, or he actually does that; not really sure which is more un-likeable.

PUT SOME GODDAMN CLOTHES ON, DOMINIC

On the other hand, unless you actively can't stand him just for being a Liverpool player (a lot of you, probably), it's difficult to say a bad word about Robertson's, other than the fact he's a wee bit obsessed with his team-mates.

Robbo's day is more wholesome and more realistic (he spends about two hours on actual productive activities and wastes the rest of the day, a true man of the people); it's exactly in line with what the fanbase wants to see.

Nope, Robertson has never lost to Everton as a Liverpool player, and he's not starting now. 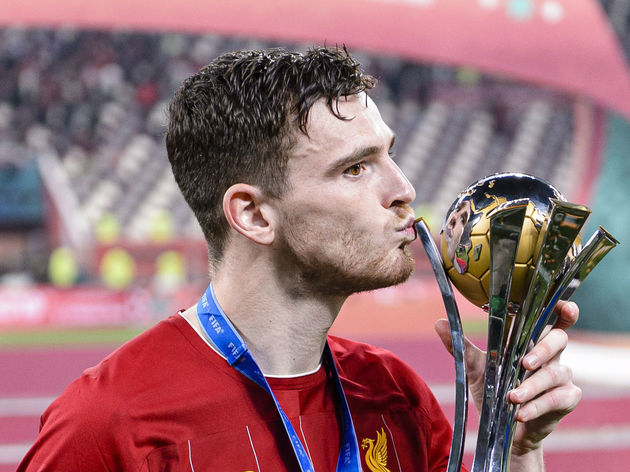