Ancelotti, then manager of Milan, watched his side go 3-0 up in the first half, only to squander their three-goal lead to a remarkable second-half comeback from the Reds.

Despite their astounding revival, Liverpool were second best for the majority of the game. Were it not for penalty shootout hero Jerzy Dudek making a string of crucial saves, including one in extra time, Milan would have been crowned kings of Europe. 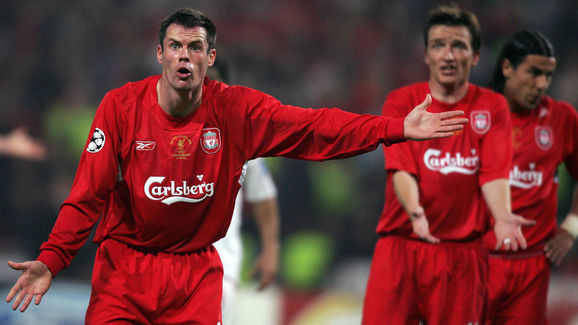 Jamie Carragher, who played the duration of the match, fulfilled a key role in the Reds' eventual victory, and Ancelotti recently suggested that the now Sky Sports pundit played his part in the antics that 'stole' the trophy from the deserving Italians.

In an interview with Carragher for ​The Telegraph, Ancelotti recalls: "I remember you using the time up in extra-time - going down for treatment twice. For Ancelotti, however, revenge was sweet as his Milan side saw off ​Liverpool in the 2007 final two years later. This was the Italian manager's second Champions League win for Milan following victory over their rivals Juventus in the 2003 final.

Many regard Ancelotti as one of the best coaches of the modern era, and his record in the Champions League certainly indicates just that.

While at ​Real Madrid, Ancelotti guided the club to their famous 'Décima' - Los Blancos' tenth Champions League win in their history after they defeated rivals Atlético Madrid in 2014. However, now manager of ​Everton, the three-time Champions League winner insists his focus is on guiding the Toffees to qualification for the tournament for the first time since 2005, where they lost to Villarreal in a qualifier.

"Next season we have to qualify for the Champions League. I am here for this," he said.