​Everton manager Carlo Ancelotti has refused to rule out making any signings before Friday's transfer deadline, but he did insist that the Toffees are not desperate.

January has been a quite month for Everton, who have made just one signing - 17-year-old centre-back Jarrad Branthwaite from Carlisle United - but they have been linked with a number of late deals.

Speaking in a press conference (via the ​Liverpool Echo), Ancelotti admitted that he would be interested in signing some new players, but he has also grown to appreciate the talent which he currently has at his disposal.

"No, I don't think [any transfers are likely]. But you know in football, and ​Newcastle teaches, everything can happen!" the boss admitted.

"I said we are not anxious to find a new player because we have a big squad with a lot of players. 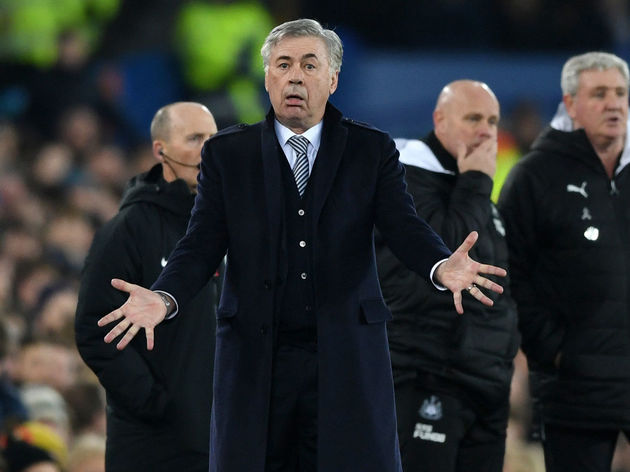 "So if there was an opportunity, we could consider it. But I don't think the market showed for us a really good opportunity.

"We have to think about doing well in this season, and after that we will have a period where we can improve the squad."

The likes of ​Southampton midfielder ​Everton However, Ancelotti did add that there could be departures, with striker Oumar Niasse and defender Cuco Martina both heavily linked with a move away from Goodison Park before the window closes.

"We haven't received official offers until now [for Niasse], so he's with us and trained with us," he revealed.