Dominic Calvert-Lewin scored the only goal of the game 10 minutes before the end to secure what was only Everton’s third Premier League win since October. “Today was a perfect day,” Ancelotti told BBC Match of the Day afterwards.

“I’m happy because we need points to move up the table. It was a difficult game because Burnley played a strong game but we deserved the result.”

Ancelotti, a three-time Champions League winner as a manager and two-time European Cup winner as a player, has been drafted in to help Everton realise their lofty ambitions after flirting with relegation under previous coach Marco Silva.

The Italian has a reputation as an enabler, making already talented players better and knitting together teams with his winning formula. Everton officials and fans alike will be hoping he can have that impact on what certainly has the makings of a good squad. “We tried to build up with three defenders to put more players between the lines, and some situations were good for us and others have to improve,” he said of the tactics against Burnley.

“This is normal and I didn’t want to change a lot for the players. I have seen some good things. The spirit of the team, the fact Everton is a family and we have fantastic facilities.”

The next test for Ancelotti will be whether he can mastermind back-to-back Premier League victories for the first time this season when Everton face Newcastle on Saturday in what will be a very quick turnaround between games. 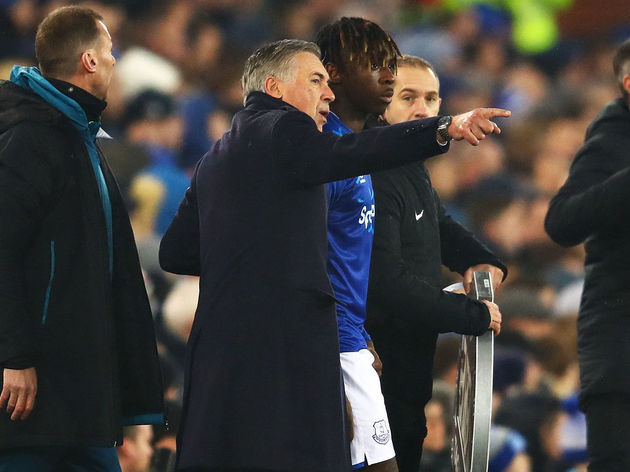 “We are used to recovering after three days, but after two days is too much in my opinion. We have to play but it is impossible to recover so it affects the performance, not just for us, but also for Newcastle,” the Everton boss said of that upcoming contest.