Carlo Ancelotti Reveals 'Ambition' to Stay at Everton Beyond 2024

​Carlo Ancelotti has revealed that he is open to remaining at Everton after his contract expires in 2024, despite joining the club just two months ago.

The Italian manager has turned the Toffees fortunes around since signing back in December, with the club (now sitting in seventh) targeting an improbable spot in Europe just weeks after being drawn into a relegation battle. 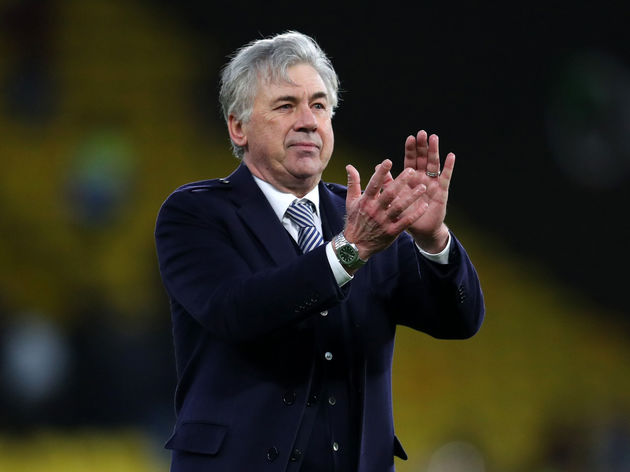 Ancelotti - who has won five of his first nine games as Toffees boss - spoke about his targets at ​Everton to their ​official website, and the possibility of remaining at Goodison Park after his contract expires in 2024.

"And after that, if there is a possibility to continue, I would like to stay more. The ambition and idea is to stay longer.

"The base of the squad is very good. We have some young players that are growing. Year-by-year, I think we are going to improve." The three-time Champions League-winning manager was also asked about where he sees the club in three years, and he was positive about the fact that they would be competing at the highest level.

"I think I see Everton (towards) the top of the table, fighting for some titles, fighting to be competitive in Europe," he added.

Everton don't play this weekend due to the winter break. However, when they return, they head to the Emirates to take on Arsenal (23/2) in what may be the true test of just how much they've improved under the management of Ancelotti.