​Everton manager Carlo Ancelotti is set for talks with the club's hierarchy to plan for the current transfer window, having been angered by his side's disappointing 1-0 loss to a second string Liverpool side in the FA Cup third round.

The Reds opted to field a side which was predominantly made up of academy stars for Sunday's game, with their Premier League title chase clearly taking priority. However, despite a nervous first half, Liverpool still dominated a large part of the game and were good value for their victory. 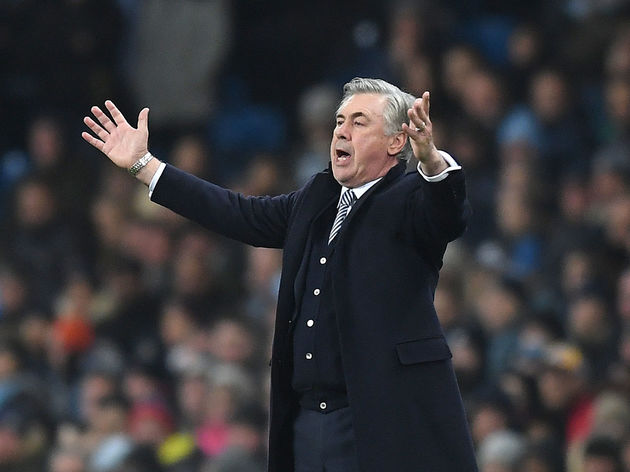 Speaking after the game (via ​The Times), Ancelotti confessed that he wanted to meet with

“We are going to speak [about ​transfers] and work together to find a solution. I know we have to work," he confessed.

The ​Everton chiefs will have been hugely disappointed by the result, especially given they have invested heavily in their squad in recent years. They spent over £70m during the summer, bringing in players like Moise Kean and Alex Iwobi, but things simply have not gone according to plan. The Toffees currently find themselves 11th in the ​Premier League, which everyone at the club is aware is not good enough.

Sunday's loss to ​Liverpool was perhaps the most frustrating result of the season, and Ancelotti confessed that his side just not good enough against a youthful side who should have been there for the taking.

“In the second half, we were not able to keep the right idea on the pitch as we were in the first half,” said Ancelotti. “We had the opportunity to score and the fact that we didn’t score affected the performance of the second half. That was not good enough. We lost a lot of energy, we lost intensity and we didn’t have opportunities to create chances in front. The lineup of Liverpool didn’t affect our idea of how to play.

“Next week we have all week to prepare the team and train. In this period we played only games and didn’t train practically. To train will be good to improve the quality of our play and to have more confidence.