André Gomes, who suffered from a horror ankle injury in the 1-1 draw with Tottenham on Sunday.

The Turkish striker ​emerged from the bench to salvage a point for his side deep into 12 minutes of stoppage time. However, it was the reason behind the prolonged period of added time that dominated the headlines and hung a dark cloud over the football itself. 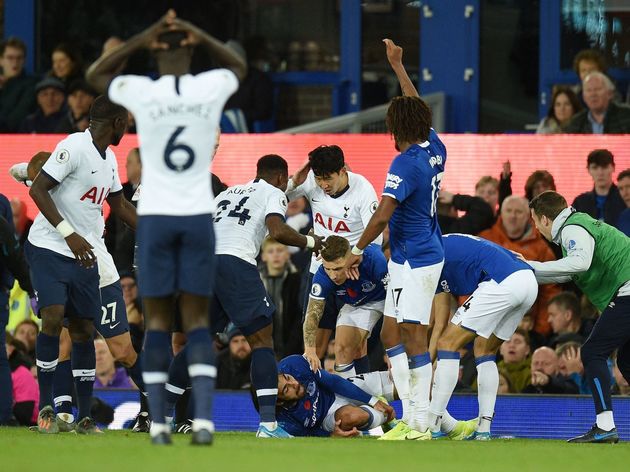 A ​horrendous injury to Gomes caused significant distress among those in the vicinity, with Heung-min Son - who was sent off for his challenge - reduced to tears as the medical team raced on to secure the midfielder to a stretcher.

Reports indicate that ​Gomes suffered a 'fracture dislocation of his right ankle' and will undergo surgery on Monday, with no word yet on the expected recovery timeline.

In the aftermath of the incident, there was a clear air of solidarity for the 26-year-old among the ​Everton ranks when Tosun headed in on 98 minutes. The striker, however, says he would trade the point for a resounding defeat in a heartbeat, if it meant he could reverse the injury caused to his friend and teammate.

"I know you will come back stronger bro and we will be there for you."