Crystal Palace have taken out-of-favour Everton striker Cenk Tosun on loan for the remainder of the season.

The Turkish forward has struggled to make an impact at Goodison Park since his much-maligned £27m move from Besiktas in 2018. He has scored nine goals in 44 ​Premier League appearances, and has been in and out of the team this season.

The appointment of Carlo Ancelotti as manager seemed to spell the end for his time on Merseyside, however, with Dominic Calvert-Lewin selected by the Italian as his first-choice striker, leaving Tosun yet to make an appearance under the new head coach - missing out on the FA Cup trip to Liverpool altogether.

He is contracted until 2022, and while he it seems likely he will leave permanently in the summer, ​Everton have opted to move him out on a temporary basis for what's left of the season, with ​Palace taking advantage - as confirmed on the club's website.

Chairman Steve Parish commented: "We're delighted to have secured Cenk's services for the remainder of this season. We've enjoyed a great first half of the campaign and Cenk's arrival will bolster our squad as we push for a top-half Premier League finish. Cenk has a proven record as a goalscorer and we've admired him for some time, so I'm very pleased to welcome him to Crystal Palace."

Roy Hodgson will be hoping his arrival can add some much-needed goals to his side and help them climb the table further. They sit in an admirable ninth place, but their 19 goals scored from 21 games is the second-lowest in the division, with only Watford registering fewer so far. 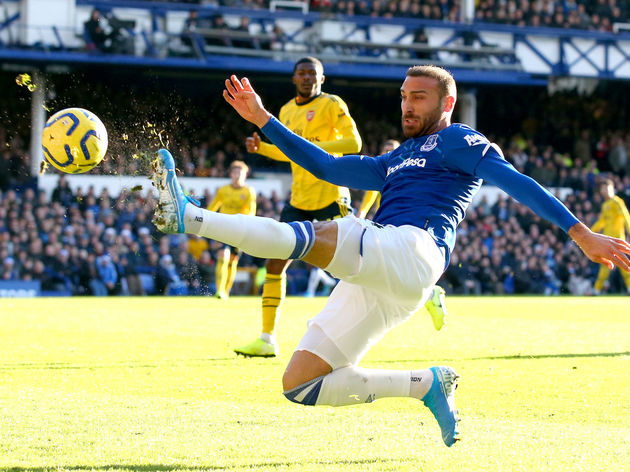 Jordan Ayew is their top scorer so far on five strikes, with Wilfried Zaha in second on three - so if Tosun can prove his pedigree is justified upon his arrival in London then he could serve as an important signing.