Carrington this morning flanked by his agent. A move away from the club has been touted for a number of months, with fellow Premier League side Everton among a number of teams ​previously credited with an interest in signing Rojo.

A permanent £25m deal now looks to be on the cards, even though ​The Times claim the Toffees want to take Rojo to Goodison Park on loan, rather than on a permanent basis. United want to get rid for good, and it seems that they'll get their wish now - with Everton amenable to complying with United's demands.

​Rojo has struggled with a number of injury problems during his five years at the club, and has played just 14 times in the Premier League over the past two years.

He was rewarded with a new three-year deal last March, but competition for places means it's unlikely that he'll feature much this season - even though the 29-year-old previously stated that Solskjaer had informed him that he would have a part to play. 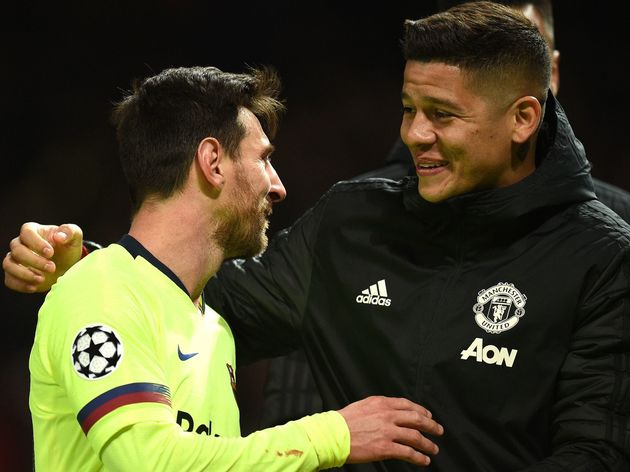 Teammate Chris Smalling had been of interest to Everton previously, but it's thought an offer to take him on loan was knocked back - as ​United would prefer to part company with Rojo instead.