Having already scored in the 1-1 draw, Calvert-Lewin thought he had netted a dramatic stoppage-time winner when he beat David de Gea again courtesy of a deflection off Harry Maguire. However, with Gylfi Sigurdsson sitting on the floor in an offside position in front of De Gea as the ball came through, forcing the Icelander to actively move his legs out of the way to avoid blocking the shot, the goal was chalked off following a VAR review.

The debate centres around how much of a role Sigurdsson’s positioning, and his subsequent movement, played in the goal being scored.

“That is a disaster! Oh my gosh. He’s not even obstructing the line of sight,” Calvert-Lewin was heard saying by Sky Sports cameras as he saw the replays for the first time.

“In the moment, I wasn’t sure. But seeing it back, I think Gylfi on the floor doesn’t obstruct the line of sight,” the Toffees number nine then said in a more formal interview. 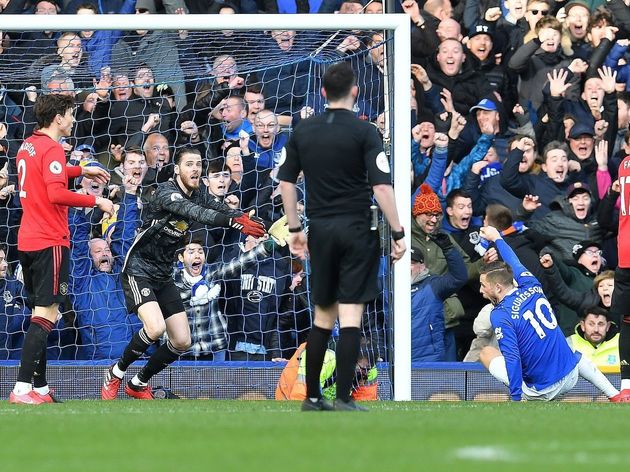 “Fair enough, he’s in an offside position, but then it takes the deflection and the keeper is already going the other way. He moves his legs out of the way and the keeper is never going to save the ball. I’m not sure what it is, but, for me, obviously being a striker, it’s a goal.

“But VAR says otherwise and cancels out the emotion at the end, so what can you do?”

PGMOL, the body responsible for referees in the Premier League, later issued a statement explaining why the goal had been ruled out following the VAR review.

“The on-field decision was to award the goal, but the VAR advised the referee that Sigurdsson was in an offside position directly in the line of vision of David de Gea and made an obvious action that impacted De Gea’s ability to make a save,” it read.

PGMOL clarification on the disallowed Dominic Calvert-Lewin goal at the end of #EFC v #MUFC pic.twitter.com/KJx0OEcr2V

That ‘obvious action’ refers to Sigurdsson moving his legs out of the way to let the ball pass.

Everton manager Carlo Ancelotti was fuming at the time, confronting referee Chris Kavanagh on the pitch immediately after the final whistle and getting a red card for his troubles.

United players appealed to the officials instantly as the went hit the net, with Harry Maguire telling Match of the Day 2: “Straight away I thought it was offside. I’ve seen [Sigurdsson] in front of David and obviously the rules are you can’t be in his eyeline. 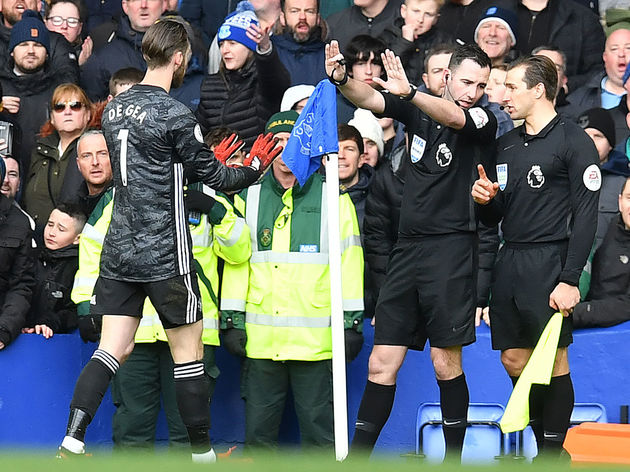 “But I thought the linesman should have put his flag up and stopped the emotion of the crowd and [Everton] celebrating like they’ve won the game.”

In the Match of the Day studio several hours later, pundits Jermaine Jenas and Ian Wright both agreed with the VAR decision to disallow the goal for offside, with Jenas also remarking that it couldn’t even be considered a borderline call.

“You have to say he is offside and he’s in the way. He had to move his legs because he’s interfering [with play], simply because the ball would have hit him otherwise,” Wright stated.

The former Arsenal striker’s much bigger gripe was why Sigurdsson stayed sat down in the six-yard for several seconds, making no effort to get up even though the ball was still alive nearby.

“He was sitting there so long, I don’t know why he didn’t get up…I just can’t understand, look how long he’s sitting there. Why doesn’t he get up? Back in the day, you’d try to get back onside, he’s not even tried,” an exasperated Wright said.