​Sheffield United earned their first away win of the season on Saturday afternoon, as they beat Everton 2-0 at Goodison Park.

It was a tepid opening half hour, with Everton wasteful and Sheffield United not even having an attempt on goal. However it was the Blades who opened the scoring five minutes before half-time, as Oliver Norwood's corner glanced off Yerry Mina's shoulder into the back of the net.

COME ON YOU BLADES!!!! pic.twitter.com/ZQVH1pWpoB

The second half didn't improve in quality or intensity, with neither side having any big chances. Everton had a penalty appeal as Bernard went down in the box, while the Blades continued to search with their first shot on goal to no real avail.

In a largely uneventful game Sheffield United wrapped up the three points near the conclusion of the game. John Lundstram played a wonderful pass down the line to substitute Lys Mousset, who slotted it past Jordan Pickford.

Check out 90min's breakdown of the game. 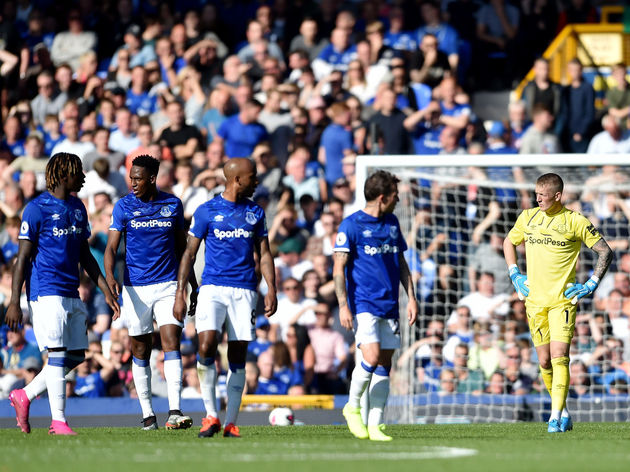 Following defeat at ​Bournemouth last weekend, ​Everton had a point to prove as they looked to make it three consecutive home wins. They had chance after chance in the first half, but had no cutting edge or urgency as they couldn't capitalise on their dominance in the game.

While the first goal they conceded was unfortunate, it put the Toffees in a difficult position to come back. Even when they were losing there was no increase in quality or desire to get back into the game, with sloppy passes and a lack of concentration costing them on their own turf.

It was a really poor performance as Everton, who fell to a humiliating home defeat to a newly promoted side. Marco Silva will be disappointed but more concerned about what happened in a lacklustre defeat, as they put in a dull, deflated display on Merseyside. STAR MAN - A poor team display saw little individual quality, but Moise Kean wasn't too bad up front. While he couldn't get a goal for the Toffees, the Italian worked hard and had some good chances to get on the scoresheet, leading their attack well despite not netting at Goodison Park. With two disappointing home wins either side of their draw at ​Chelsea, ​Sheffield United came to Merseyside looking for another. The Blades didn't lay a hand on their hosts in the first half, failing to even register an attempt on goal and not threatening at all going forward.

Despite this, it was the Blades who broke the deadlock before half-time through Mina's own goal. That stroke of luck gave them a confidence boost, and they went into the second half on top and with the momentum needed to secure another away win, secured late on by Mousset.

It wasn't the most glamorous performance from Chris Wilder's side, but they certainly showed their grit and determination in a hard-fought away win. Wilder will be, and should be, delighted with the character shown on Saturday, as Sheffield United secured another huge win.

STAR MAN - Every player had an excellent game, but Sheffield United wouldn't have secured the win without Lys Mousset. Coming off the bench with half an hour to go, it was Mousset's work rate and fantastic finish that made sure of the three points. Both sides are back in league action next Saturday, but first resume their Carabao Cup campaigns midweek. Everton face another away day at ​Sheffield Wednesday next Tuesday, before returning to Goodison Park as they entertain ​Manchester City next weekend.

Sheffield United are at Bramall Lane twice in three days next week, beginning with the visit of League One side Sunderland in the Carabao Cup next Wednesday. The Blades then face a tough test three days later, hosting league leaders ​Liverpool in Saturday's early kickoff.