​Everton and Watford - two sides who were disappointing on the first weekend - played out an another tepid game at Goodison Park, which ended in a 1-0 victory to the Toffees.

Everton were looking to show some more flair in the final third, while Watford had to bounce back from a poor performance in a 3-0 loss against Brighton. However, both teams once again struggled to create, emphasising some key problems for both teams.

Everton scored an early goal courtesy of a quality Bernard strike which bought the crowd to life. However, there was little to get them off their seat after that. Craig

After last week's goalless draw, ​Everton were going into the game searching for a threat up front. Dominic Calvert-Lewin started the game again in place of Kean, and once again they struggled for creativity and a cutting edge.

They scored an early goal courtesy of Bernard, but that came from some poor defending from Watford's backline. 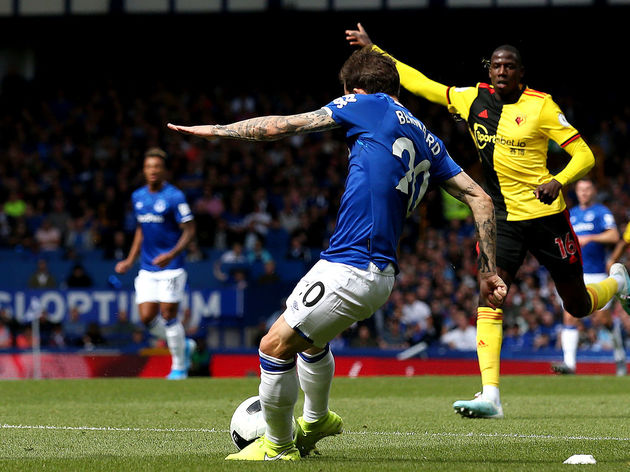 It's clear that there is a lot of potential in this Everton side, with good performances from both Yerry Mina, and Bernard. But the lack of a top striker is a huge problem for the Toffees, who may look to reintegrate Cenk Tosun from the start.

STAR MAN - Bernard followed up a good performance last week with a man of the match performance. He and Lucas Digne have been the Toffees most lively players, and today he just about gets the star man tag due to his goal and Digne's late injury.

Everton will be very pleased with the link-up play between the pair, and if they can get the rest of the side playing with Bernard's vigour, then they will go a long way to achieving their goals.

Name a better left side than Bernard and Digne...

Lift off at Goodison Park. The pre-match fireworks not a patch on what Bernard has just produced. There is expectation on so many players this season but he could easily become the most important figure in Everton’s team. A proper footballer 

​Watford were looking to strike back after a terrible start to the season against Brighton. However, despite playing a bit better 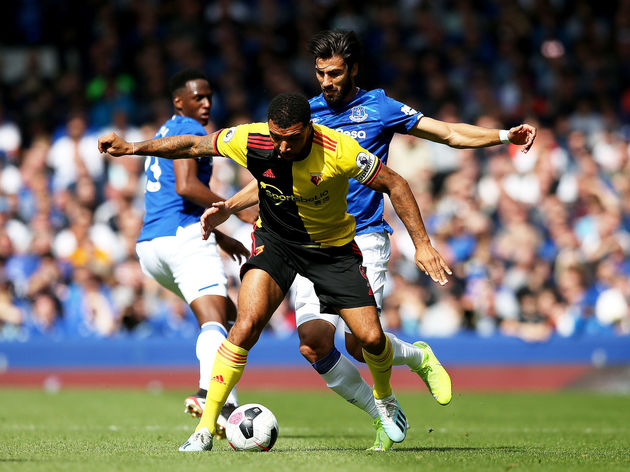 With another loss on the board, Watford fans will quite rightly be worried - given their poor form towards the back end of last season. Javi Gracia's bubble has burst a bit, and he'll need to shore his side up ahead of some tough challenges.

STAR MAN - It's fair to say that nobody really did themselves justice, but Craig Cathcart stood out in defence next to new signing Craig Dawson.

Composed and strong at the back, he failed to give Calvert-Lewin a sniff at goal, keeping him under wraps throughout. After a shaky opening game, this performance will do wonders for his confidence and he'll feel a solid partnership with Dawson could be on the cards.

Despite the score Watford look far better then last week, cathcart and dawson starting to look good and attacking is better, fingers crossed they carry it into the second half #EVEWAT #watford #watfordfc #WFC #premierleauge

Overall first-half thoughts:
- Defensively we have been good - Dawson and Cathcart making a good partnership
- In attack we need to pick up pace, had some spells of good attacking play but are shots need to be more clinical pic.twitter.com/nBQejNOY1u

Watford, meanwhile, take on a struggling West Ham at Vicarage Road, with both teams now desperate to pick up a first win of the season.