There was a palpable sense of expectation as these two teams walked out, with the home crowd expecting a much needed win. In the first half, the home team duly delivered with Moise Kean breaking his duck with sharp movement in behind and a strong finish to top it off.

It appeared that ​Newcastle were never in this game, finding it extremely difficult to keep hold of the ball, let alone create a chance. However, a remarkable turnaround in extra time changed the narrative of this performance.

There were certainly positive signs for the home side, with plenty of work rate on show rather than quality. As the team adapts to Ancelotti's system of play, there could/should be better days ahead.

Since Carlo Ancelotti has taken over, there has been a palpable sense of change at Goodison Park. 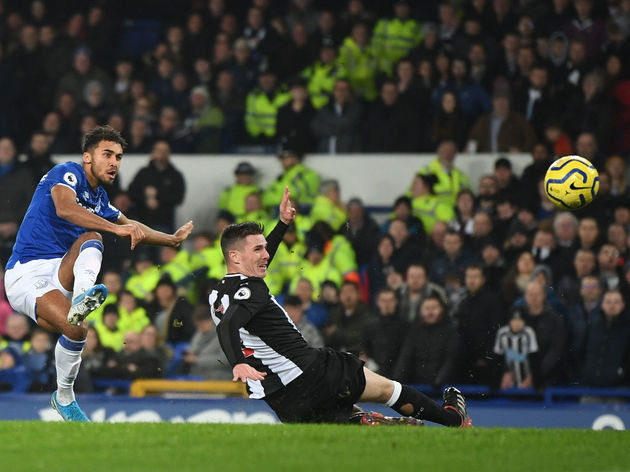 However, a team that appeared to be coasting to a victory, somehow ended with a point and they can only blame themselves for kamikaze defending in the final minutes.

Bernard was at the heart of everything good by Everton, with a cute ball over the top for the opener. However, Kean's performance makes him Everton's standout player as his play included endeavour, application and end product. More performances like this will make the Italian a fan favourite at Goodison Park. The injury crisis to end all injury crisis' put Newcastle up against it. It meant that Allan Saint-Maximin was not in the matchday squad and a very inexperienced list of substitutes were named.

And as expected, Newcastle never really looked in this game...until Florian Lejeune came on. His acrobatic finish and poacher-like finish snatched a point for Newcastle on Merseyside in game they did not deserve anything from.

Martin Dúbravka was integral in keeping his side in it and was kept busy throughout the night. Due to his solid pair of hands, Newcastle were able to stay in the game. However, Florian Lejeune was undoubtedly the man of the match. Lejeune grabbed a point from the jaws of defeat and without him, this would have been a 2-0 defeat. Everton now have a mini break mid-season, with their next game away to Watford on the 1st of February. Even though they had to endure being beaten by Liverpool's reserves in the FA Cup to earn this break, this time off is exactly what Ancelotti needs to get his ideas across.

Newcastle turn their attentions to the FA Cup now, welcoming Oxford United to St. James' Park in the fourth round.