​Everton have moved up to seventh place in the Premier League table thanks to their 3-1 win over Crystal Palace, where Brazil international Richarlison proved his worth once again with a stunning match-winning goal.

Patrick van Aanholt came close to breaking the deadlock when his deflected shot came back out off the base of the post, and Crystal Palace were made to pay at the other end of the pitch when Bernard smashed Theo Walcott's inch-perfect cross into the back of the net.

There wasn't too much quality throughout the rest of the first half, but there was almost a derby feel to the game as referee David Coote struggled to keep a lid on things at Goodison Park, frustrating both sets of fans and players. 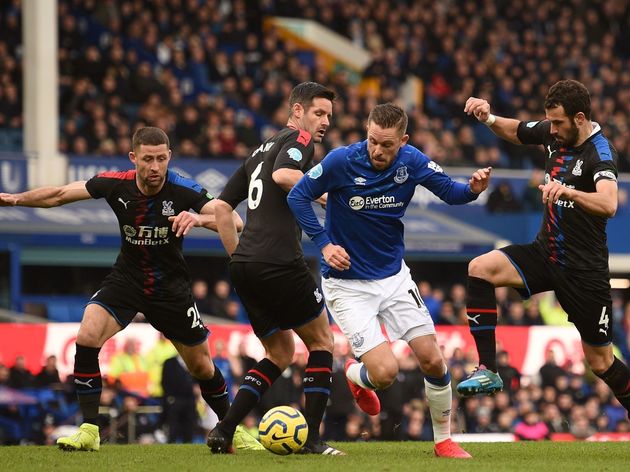 Crystal Palace were back on level terms shortly after the restart through Christian Benteke, although it was a goal that was only made possible following an awful mistake from Jordan Pickford in between the sticks for Everton.

The Toffees looked lost at sea, but Richarlison scored a brilliant solo goal to restore the hosts' lead, cooling the nerves at Goodison Park and getting the fans back on side.

Dominic Calvert-Lewin put the game to bed with a simple goal in the last minute of the match, reacting the quickest to tap the ball into the back of the net after Richarlison's header came off the underside of the crossbar.

It wasn't a game that was full of quality, but it was Theo Walcott who stepped up with the one bright spark in the first half which put the hosts into a comfortable position. There was little to no problems at the other end of the pitch, with Crystal Palace failing to create any chance of note aside from

It wasn't Richarlison's busiest afternoon of football. The Brazil international was a passenger throughout much of the first half and had to drop into deeper position to even touch the ball in the second.

7 - Seven of Richarlison's nine Premier League goals this season have given @Everton the lead in a match - only Marcus Rashford and Tammy Abraham (8 each) have put their side ahead more often this term. Heaven. #EVECRY pic.twitter.com/ekJubKTucr

Richarlison is so good. He's good enough for the elite clubs.

RICHARLISON IS A MAN AMONG BOYS HOLY SMOKES WHAT A GOAL

Richarlison. What a player. Runs the length of the pitch to put #Everton back in the lead against the run of play#EFC 2-1 #CPFC

But when Everton needed him most, Richarlison stepped up with a confident solo effort at a crucial point in the match which restored their one-goal lead just as Crystal Palace were starting to build some momentum.

Roy Hodgson forced two strikers into his starting lineup at Goodison Park, with Christian Benteke and Jordan Ayew rotating between who played out wide - more often than not, it was the latter who tried to offer width. Sorry Crystal Palace fans, but we do have to nominate someone to be your star player in that match.

Maybe Benteke? I mean he did score, but he also missed a sitter. What about Zaha? He picked up the assist but also wasted too many great attacking opportunities.

So for little reason other than he didn't really do anything wrong and even made a couple of impressive saves to keep the scoreline down, let's talk about

Going out on a limb here but Guaita is the best keeper we've ever had, absolute class.

Guaita deserves a Spain call up

It's winter break time in the Premier League for both these sides.

A trip to Arsenal will be up next for Everton, while Crystal Palace will be looking to get some points on the board at home to Newcastle United.