​Everton's Ademola Lookman has pledged his international future to England, despite mounting interest in his services from Nigeria.

The Toffees youngster was a prominent member of the Three Lions Under-21 squad that lifted the World Cup in 2017, but since then he has been subject of interest from Nigeria - who have been hoping to persuade Lookman to change his international allegiance to play for the Super Eagles at senior level.

It appears he has now reached a decision though, with MailOnline Sport reporting that face-to-face talks with Under-21 manager Aidy Boothroyd have helped him decide to represent England - leaving him clear to focus on preparing for the Under-21 European Championship, which takes place in Italy next summer. 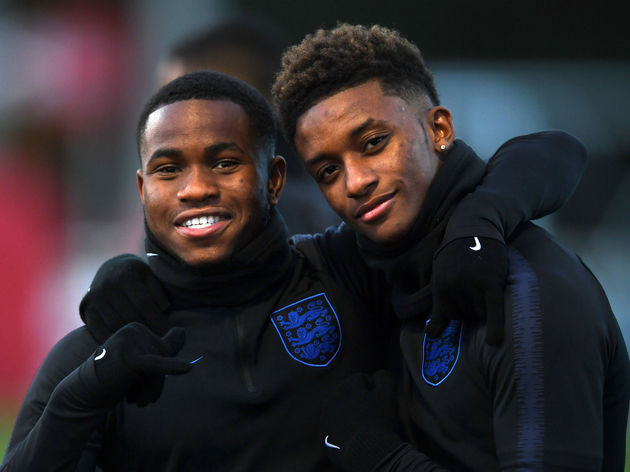 Speaking ahead of England's friendly with Denmark on Tuesday, Boothroyd seemed confident of the winger's future, saying:

"But he's very focused on England – that's what he tells me. He says he wants to play international football for England."

His comments are in stark contrast to those made by Nigeria's current head coach Gernot Rohr - with the German quoted as saying that he "wanted to change his mind so he can play for us as he will add something to our team." The former Charlton youngster moved to Bundesliga outfit Leipzig from Everton last February on-loan, but a permanent move in the summer failed to materialise - with his future seemingly uncertain at Goodison Park.

However, Lookman has been an important figure this season - making six Premier League appearances under Marco Silva so far, with Boothroyd highlighting the importance of his club form.

"He's had a tough time of it, but he's been better recently," Boothroyd added. "He got himself into a state over summer when he didn't know where he would be playing or if he would be moving or not. He has told himself 'I just have to focus on me' which is right.