Everton are interested in Benfica’s Andrija Zivkovic. He’s a Serbia international and plays as a No 10 or on the wing. Marco Silva has been charting his progress, as have other PL clubs. Zivkovic would cost £20m+ 

Zivkovic currently plies his trade in the Primeira Liga with Benfica where he operates mainly as a winger, and although he is yet to get on the scoresheet this campaign, some of his performances have caught Silva's eye.

The Everton boss is known for keeping an eye on his native Portugal having tracked the likes of Andre Carillo, Marvin Zeegelaar, Hernani and Felipe Pardo in his previous roles at Watford and Hull.

He isn’t the only Premier League manager to have scouted Zivkovic though, with several clubs believed to have taken interest in the Benfica man. Arsenal have been heavily linked with a move for the winger in past transfer windows and they could reignite their interest if Everton lodge a bid. 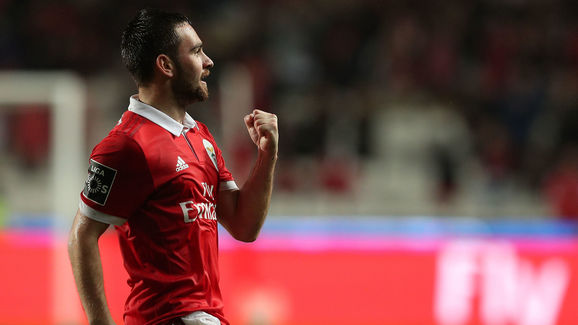 King confirmed Everton’s intentions via his Twitter account, claiming Benfica will hold out for £20m+ amidst interest from other clubs. That fee may be a little sizeable for the Toffees, who have spent nearly £275m on players since Romelu Lukaku departed for Manchester United last year.

Everton are hoping to find more consistency after an indifferent start to the season, though they do lie in a comfortable 9th place in the Premier League and if King is to be believed, Zivkovic could be the man they turn too in order to deliver a prolonged period of form.