​Everton midfielder Kieran Dowell has been sent on loan to Sheffield United for the remainder of the season.

In some early January transfer news, the Englishman will join up with the Championship side as soon as possible, and will stay until the conclusion of the season. He has experience in the second tier of English football, having played for Nottingham Forest for the duration of the 2017/18 season.

All the best, Kieran! pic.twitter.com/KA7MbqLufh

Dowell was impressive in his temporary spell at the City Ground, providing 10 goals and five assists in 43 appearances across all competitions for Forest.

The attacking midfielder emerged from the Goodison Park academy at the end of the 2015/16 season, with a three minute cameo against Bournemouth and a start against Norwich.

Though he is yet to add to his ​Premier League cap total, he has made two appearances for the Toffees this term in the EFL Cup, and a Europa League showing in 2014 rounds up his five displays for the first team.

The Blades have had an excellent season so far and are currently sitting in fourth place, harbouring hopes of a first promotion to the top tier since 2006. Ironically, Dowell is expected to be a direct replacement for their previous loanee from ​Liverpool, Ben Woodburn, who returned to his parent club following an injury in December. 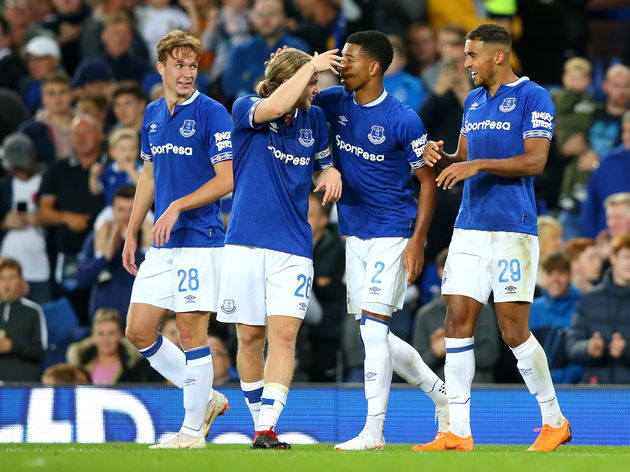 However, the Reds' youngest ever goalscorer had struggled throughout his spell in Sheffield, and was unable to carve out a regular spot in the side despite high hopes. ​Everton fans will be hoping Dowell can be a more useful replacement.