Everton turned down the chance to sign Dutch international Memphis Depay earlier this summer after his current employers Lyon looked to cash-in on the in-demand ​forward.

The 25-year-old has been immense since joining the Ligue 1 club for an initial £17m from Manchester United in January 2017, racking up 39 goals in 115 appearances across all competitions. However, his contract is due to expire in two years' time, so Les Gones eager to maximise their profits while they can. 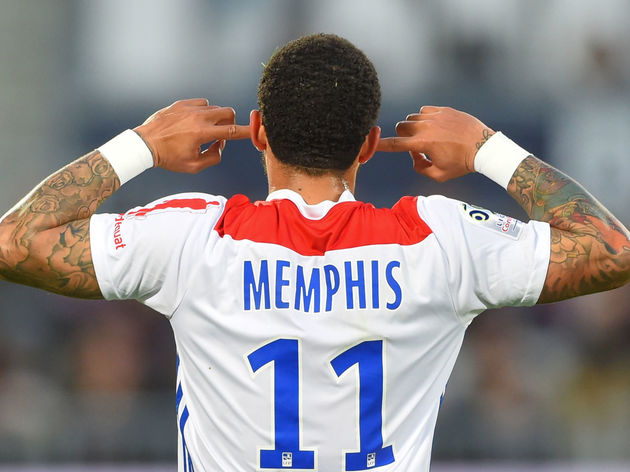 According to the ​Daily Mail, Marco Silva's side were one of a number of European clubs whom Lyon approached regarding a deal for Depay, but the ​Toffees were uninterested.

The winger was admittedly poor during his two-and-a-half year stint at ​United, which may have proved a key factor in Everton's decision to look elsewhere.

It was a choice which the ​Premier League club may live to regret as they desperately attempt to land a new wideman before the close of the transfer window at 5pm on August 8.

Everton have seen a late £30m bid for ​Arsenal's Alex Iwobi rejected by the Gunners, who are allegedly ​holding out for a fee of £38m. They also had a staggering offer of £70m plus James McCarthy and Cenk Tosun ​batted away by Crystal Palace, the Eagles proving stubborn in their efforts to keep Wilfried Zaha at Selhurst Park.

Nevertheless, the Merseysiders may get their way in the final hours of the window, with reports suggesting that Palace will now ​allow their star forward to leave.

It would certainly have been less of a hassle and significantly cheaper had Everton simply taken Lyon up on their offer, but Silva will no doubt be pleased should he ultimately land one of the Premier League's most sought-after players in Zaha.