Everton vs Manchester City: 7 Key Facts & Stats to Impress Your Mates Ahead of Premier League Clash

The two clubs are having rather different campaigns, with Toffees manager Marco Silva coming under heavy scrutiny after his team lost three of their last four Premier League games. 30 miles down the road in Manchester, the Sky Blues are still glowing are their 8-0 demolition of Watford last weekend. There's been plenty of investment at Goodison Park of late, yet a lot of it has been ill-advised. ​City, however, have used their financial muscle superbly to power their way to the top of English football. But, can they power their way past a wounded ​Everton outfit on Saturday?

Here's seven facts and stats you should know ahead of the meeting on Merseyside. In their last 12 ​Premier League encounters with the Mancunians, Everton have collected just the solitary victory.

Seven losses have come the way of the Toffees, leaving Silva in a sticky situation as he fights for his job. His men will need to be pretty sweet on the weekend to avoid heaping more misery on their coach. They may not have an amazing record versus City, but Everton have enjoyed playing host to the Sky Blues' predecessors.

When reigning champions rock up at Goodison, treason is often on the cards. On 10 occasions have the Merseysiders beaten the holders at home, ​Liverpool the only club to have fared better when royalty comes to visit. City's tally of 24 league goals this campaign is the highest total in the competition's history after six rounds.

Not All Merseysiders Do Comebacks Comebacks are a prominent feature in the history of Merseyside football, but only for teams in red it seems.

Under Silva, Everton have taken just four points from 21 league matches in which they've trailed. No other side that has been in the first division in both 2018/19 and 2019/20 have done worse - they're well and truly screwed if they can't keep City quiet early on. 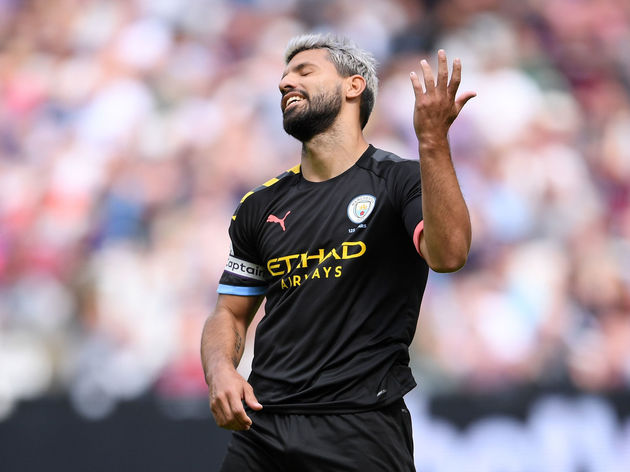 It's been seven league fixtures since Sergio Aguero didn't grab himself at least one goal, yet the Argentine's run could come to an end on the weekend.

He has a ratio of just one goal every 397 minutes in matches with Everton, scoring twice in 13 appearances. The Toffees will hope the marksman is once again lacking accuracy on Saturday.

A Tale of Three Silvas 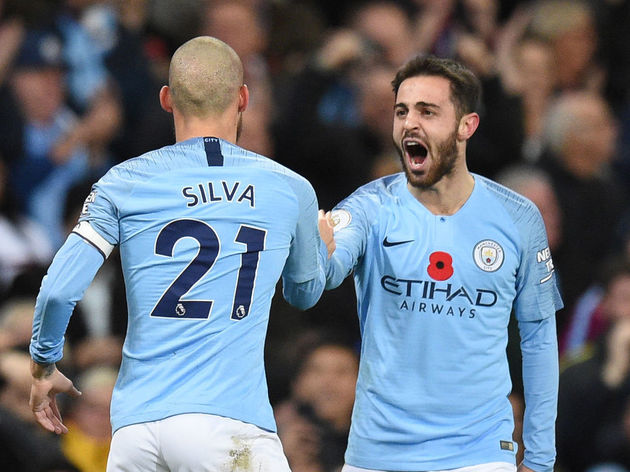 If Bernardo Silva and co can inspire City to victory against Marco Silva's side, then teammate David Silva will set a new Premier League record.

El Mago is sitting on 199 top-flight triumphs from 288 appearances and a win at Goodison would make him the fastest player ever to reach a double century. Which of the Silvas will have a golden afternoon?

When Will City's Streak Stop? December 8 2018 represents the last day the Citizens failed to find the net in a league game - their opponents have already fired three blanks this term.

​Arsenal and fierce rivals ​Manchester United are the only teams with longer scoring runs, the Gunners far and away the best with 55.