​Everton sent scouts to watch Lyon midfielder Tanguy Ndombele, as midfielder Marco Silva is thought to be keen to strengthen his midfield over the next two transfer windows.

Ndombele arrived at Lyon permanently in the summer after spending last season on loan from Amiens, and has made a seismic impression so far, appearing in all but one of their competitive matches. 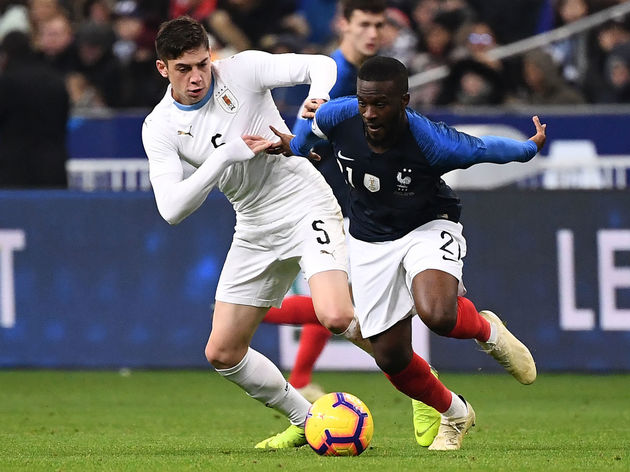 In doing so, he earned himself reported interest from a number of top European teams, ​including Barcelona and Tottenham Hotspur. The ​Liverpool Echo reports that ​Everton have thrown their hat in the ring to sign the 21-year-old.

They report that the Blues have sent chief scout Martyn Glover to watch the newly capped France international, and that they are keen to add another 'box-to-box' midfielder for depth.

Andre Gomes currently fills the role after joining on loan from ​Barcelona in the summer, but Silva is reportedly not satisfied with having just one option there, and is keen to add another player in the mould of Ndombele over the next two windows.

Whether that means a move in January or a summer swoop remains to be seen, but it seems unlikely that Lyon would let one of their key players go midway through the season, unless an insane offer comes in, especially with Champions League knockout football looking like a real possibility.