​Everton's win at Watford on Saturday was a strange game. Here's a list of bizarre things that happened.

Yerry Mina scored a three minute brace, a Nigel Pearson team conceded TWICE from corners in first half stoppage time, and a side managed by the apparently soft and accommodating Carlo Ancelotti fought back from two goals down away from home. Even when they went down to ten men after Fabian Delph's was dismissed for a ludicrously clumsy second booking, Ancelotti's Toffees did not give up the ghost.

They would get their reward for this stubbornness on the stroke of full time, when Theo Walcott latched onto Moise Kean's scuffed shot and slotted the ball past Ben Foster at the back post.

Without Everton's gritty, determined defending after Delph's sending off it could have been a whole different story.

The Toffees' mental strength this afternoon suggests that lessons have been learned from their capitulation against ​Newcastle last month. Two up and cruising, Everton allowed Florian Lejeune to score two goals in second half stoppage time and rescue the Magpies a point. 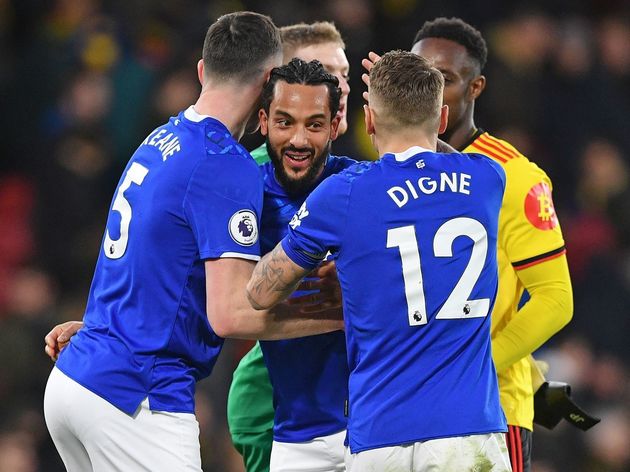 After that particular game, Ancelotti refused to criticise his players - relieving the pressure from them by making a ​quip about the 2005 Champions League final in his post-match presser.

Though this was the public line, it is clear from Saturday's performance that the Toffees boss has been working on improving his players' mental strength and concentration in subsequent weeks.

Marco Silva did not go on to win a single game after being in a losing position at Everton.

Carlo Ancelotti’s 3-2 away win to Watford was his third game of being in a losing position whilst he has been in charge.

This has consistently been a problem at Goodison Park over the past few years. Under Marco Silva, the Toffees earned a reputation of being soft around the edges, displaying an appalling record of defending set pieces and rarely fighting back to wins games.

​In fact, the result against Watford was the first time that Everton had won a game after conceding the first goal since they defeated Swansea 3-1 in December 2017. This makes their win over the Hornets significant, particularly when you factor in the mentally damaging impact of losing Delph could have had on the side.

Saying this, Toffees fans should not get overexcited as glaring, long-standing problems still reared their ugly head at Vicarage Road. 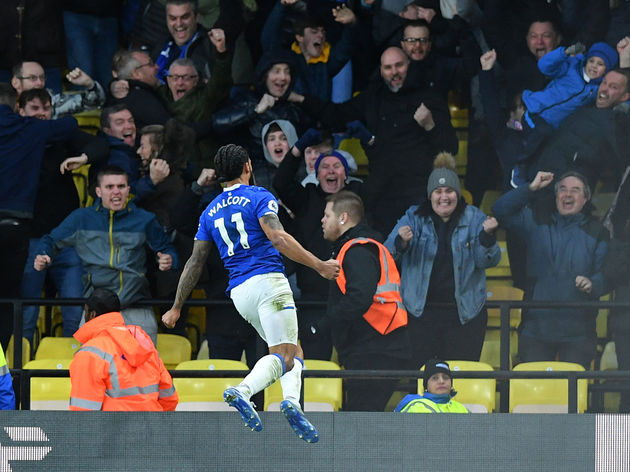 Was there enough creativity in midfield? No. Definitely not in the first half anyway.

Thus, Ancelotti still has a lot of work to do to whip Everton into bonafide European qualification contenders, but Saturday's comeback is a fantastic platform with which to build the club's new, more steely mentality.