Everton's Poor Recruitment & Average Squad Are Finally Catching Up With Them

​Everton are a club with one of the proudest histories in English football. They have played in the top flight for 55 consecutive seasons, won nine league titles, five FA Cups and tasted success on the European stage.

David Moyes transformed the Toffees from a relegation threatened club to regular challengers for European football, and during his tenure Everton were considered 'the best of the rest' behind the traditional top four of Manchester United, Chelsea, Arsenal and Liverpool. Manchester City's money empire saw them overtake the Merseyside club, and ​Tottenham soon followed suit. Although the Toffees have largely remained a top eight side, the gulf between them and the Premier League's elite has ballooned in recent seasons.

This chasm was made alarmingly clear on Sunday, as they were ​dismantled by a Chelsea side who only occupy fourth spot because they were quite good in October.

Yet ​Everton made a team who cannot beat Bournemouth look like Premier League champions-elect.

Chelsea ran riot, with 18-year-old Billy Gilmour pulling the strings in the midfield, and Olivier Giroud - who Chelsea had deemed surplus to requirements in January - proving too much to handle up top.

️ | "We weren't good defensively, we made a lot of mistakes with the ball. It wasn't a good day. It's my first game when we didn't compete. Today was wrong from the beginning, so learn from the mistakes and focus on the next game." @MrAncelotti #CHEEVE pic.twitter.com/fCJaviML2s

At the other end, the Toffees failed to score against a side who until Sunday had kept just five clean sheets in the Premier League all season.

Carlo Ancelotti has worked wonders since taking the Goodison Park hot seat, but he didn't hold back after the ​Chelsea display, saying 'everything was wrong' with Everton's performance.

But if you take a glance at the squad Ancelotti has at his disposal, should we be surprised by the ease at which Chelsea sliced through them? Are we simply expecting them to compete in the top half of the table because they are Everton - a club we associate with being a top half Premier League side? If that squad of players were dressed in the bright yellow of Norwich instead, would the expectations be markedly different?

Everton were previously a club renowned for their thrifty, intelligent recruitment. The likes of Leighton Baines, Joleon Lescott and Mikel Arteta are a selection of shrewd purchases, who would see their respective valuations rocket during their time at Goodison. Lescott was one of many players who bettered their career at Everton, before moving on for a lofty transfer fee. Marouane Fellaini, Jack Rodwell, Ross Barkley, Romelu Lukaku and John Stones all similarly commanded significant price tags.

However, while under previous regimes this money would have been smartly reinvested to pluck the next Tim Cahill from the relative unknown, the Toffees have been wasteful in recent years.

Instead, when Everton received more than £76m fo Lukaku, they blew it by overpaying for the likes of Michael Keane and Gylfi Sigurdsson - both accomplished Premier League players on their day, but not worth a combined £70m plus. They also forked out more than £20m for Davy Klassen, who could only muster a handful of appearances before being sold on for nearly half the price at the end of the season.

Over the past four years, as the likes of Lukaku, Barkley and Stones have departed, they have not been intelligently replaced by players capable of stepping into their shoes.

Instead, they have signed the likes of Theo Walcott, Alex Iwobi and Fabian Delph - players deemed not good enough by the Premier League's elite.

And gradually, this has left a very average looking team. Suddenly, a large bulk of the goalscoring responsibility has fallen on the shoulders of Dominic Calvert-Lewin - a man who until this season, had just 11 Premier League goals to his name - in three years. 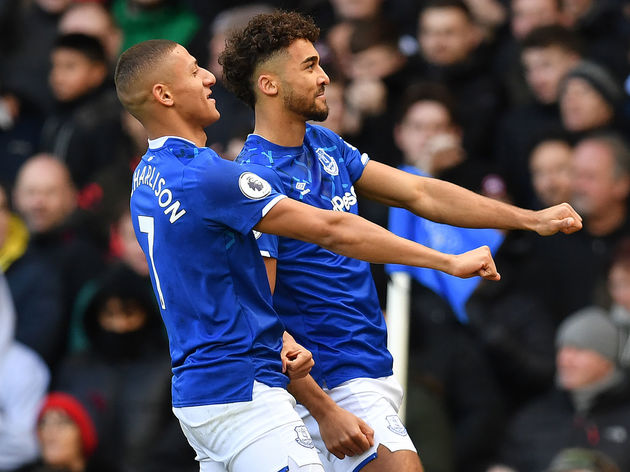 In every Everton side over the past two decades, you could study the team sheet and pick out assets; the match-winners at either end of the pitch who were probably destined to earn a big money move elsewhere, which Everton would then intelligently reinvest, and the cycle would continue.

But looking at this team, where are the assets? Beyond Richarlison and Calvert-Lewin, who in that Everton side is going to win Ancelotti a game? Who there is going to command an eye-watering transfer fee?

It's a rhetorical question, but you fear the answer is very few. Tony Hibbert must be beside himself.