Exclusive: Duncan Ferguson Lined Up as Everton Caretaker Manager With Marco Silva on the Brink

Exclusive - Everton spoke to club legend Duncan Fer​guson on Tuesday morning about taking charge of the Toffees as caretaker manager, with Marco Silva's dismissal now a case of when not if.

Despite famously spending heavily again this summer, Everton have started the 2019/20 season poorly and sit in 16th place in the Premier League table after 13 games, having won just four times so far.

Silva's side lost 2-0 at home to Norwich at the weekend and are now just six points off Watford at the foot of the table, as the embarrassing reality of a relegation scrap beckons. By contrast, the Toffees are already 12 points off the top four despite ambitions to establish themselves as contenders for European places. 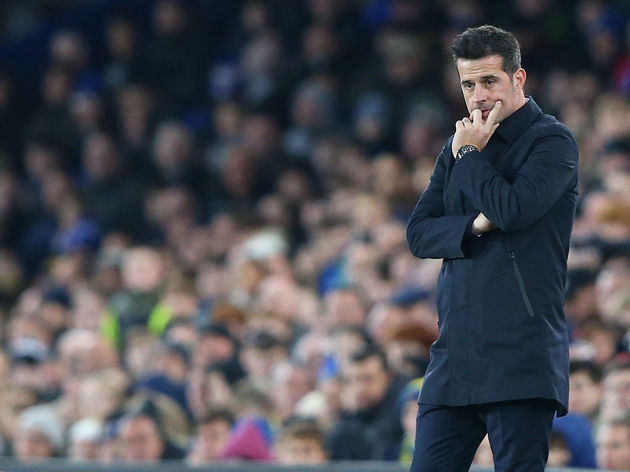 Following their latest defeat on the weekend, club directors and Silva held an emergency meeting to discuss what is going wrong at Goodison Park.

It ​has been reported that ​Everton were considering the possibility of parting ways with Silva ahead of the upcoming clash with Leicester, but a lack of suitable replacements has prevented

The Toffees travel to Leicester on Sunday, before the Merseyside derby three days later. They are also scheduled to play Chelsea, Manchester United, Arsenal and Man City by New Year's Day. 47-year-old Ferguson, who won the FA Cup with Everton back in 1995 and played for the Toffees in two separate spells, has been part of the coaching team at Goodison Park for the last five years.

Speaking to ​The Athletic last month, he revealed his experience in dealing with first-team matters.

“I was having tactical input, talking about substitutions. Others don’t and you just have to respect how they work. Some bring in their own people and you have to work with them. What we want is what’s best for the club not what’s best for me.

“It’s just about Everton winning for me. That’s all I want.” Former manager David Moyes has also been touted as a possible short-term solution for Everton, while BournemouthEverton