​The beating heart of Swansea's successful Premier League stint, the icon of Iceland's shock Euro 2016 and the free-kick expert capable of unlocking even the most stubborn of defences, Gylfi Sigurdsson has made an impact wherever he has been.

Famed for his unbelievable passing ability and long-range shooting, Sigurdsson has been widely considered as one of the Premier League's most consistently creative midfielders since his second spell at Swansea in 2014.

Yet, at present, the midfielder just can't seem to catch a break, proving ineffective for Carlo Ancelotti's new-look Everton side. 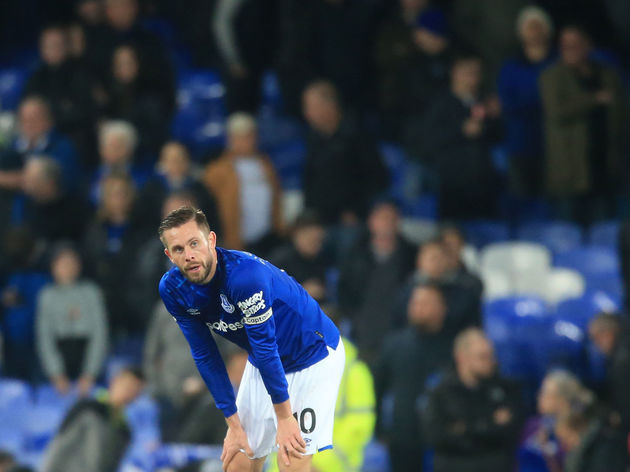 Simply put, that needs to change.

And it needs to change fast.

In a season of inconsistency for the Toffees, you would forgive many an ​Everton player for failing to find their best form in a campaign marred by uncertainty and managerial changes.

However, the experienced Sigurdsson should be no stranger to Premier League adversity by now.

The 30-year-old has played for three different ​Premier League clubs since 2012, and has fought relegation with ​Swansea, battled for a starting berth at Tottenham and shrugged off the unbelievable (and perhaps unrealistic) weight of expectation at Goodison Park - all while recording season after season of impressive statistics.

Last season was perhaps the midfielder's finest in England, netting 13 goals and registering six assists for an underwhelming Everton side in the Premier League. The campaign before his move to Merseyside, Sigurdsson grabbed nine goals and 13 assists with a struggling Swansea. However, when we fast forward to the current campaign, Sigurdsson's stats make for some comparatively grim reading.

The Everton man has bagged just one goal and two assists in 26 league appearances - 23 of which he has started. Not only this, but the 74-capped Iceland international makes fewer passes on average per game than eight of his teammates - six of which are defenders - as well as fewer tackles per game than Richarlison up top.

Even if you ignore the underlying (and deeply concerning) stats behind Sigurdsson's poor form, you quickly realise the midfielder has seemingly lost what made him such a special talent: his flair for the extraordinary. Now, he ambles around the pitch at a snail's pace, rarely breaking stride even when his teammates are flooding forward in an attempt to make something happen.

But not only is Sigurdsson damaging the esteemed reputation he has built during his time in England, he's damaging Everton.

The Icelander's relatively passive defensive approach would be just about tolerable if he's terrorising opposition back lines, but with the 30-year-old lacking his usual spark going forward, he's merely a passenger in an Everton team currently struggling for an indentity.

The industry and quality of Calvert-Lewin and Richarlison is realistically the Toffees' only reliable source of goals, with the Merseyside club lacking ingenuity and creativity in midfield.

​Andre Gomes' horrific injury earlier in the season has seen the midfielder understandably struggle for form even on his return, while Morgan Schneiderlin is a gazillion miles away from the enforcer he was at Southampton. Tom Davies burst onto the scene several seasons ago but has struggled to deliver on a regular basis, while the summer signing of Fabian Delph was hardly a move made to ease the goalscoring issues Everton face. 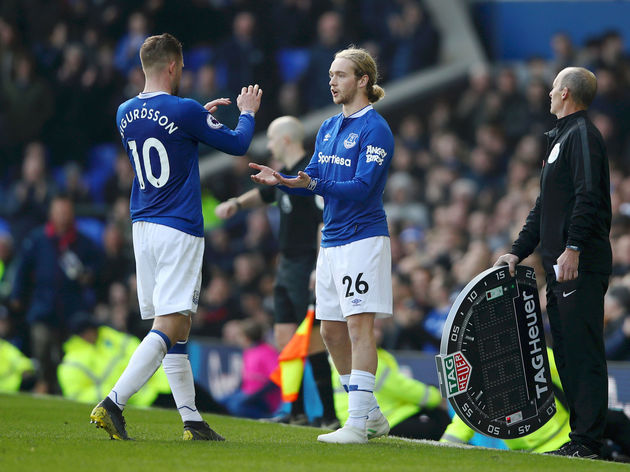 As a result, Ancelotti's side find themselves seriously lacking dynamism through the centre of the park, and solely relying on the performances of their attacking partnership up front. The Toffees need Sigurdsson to rediscover his confidence so he can dictate the tempo of games, and help ease the burden on their strikers.

If Everton have any serious hopes of challenging for European qualification this season, the next or even the one after that, they need Sigurdsson's technical ability and prowess to elevate them to the next level.

At 30, Sigurdsson simply doesn't have much time left to waste, and has to start influencing the outcome of matches sooner rather than later.