The Hornets' fans used the snakes to show their displeasure at the way Marco Silva departed the club, after being sacked in January on account of the club's poor form - which coincidentally occurred around the time that Everton made an approach to appoint the Portuguese.

Watford fans brought fake snakes to Goodison Park to show how they feel about the way their former manager Marco Silva left the club. pic.twitter.com/d9Q235bXUi

The approach for Silva by Everton is still being investigated by the Premier League, and it is clear that the fans of the Hertfordshire club still have bad blood about the situation.

It is believed that the protest was also aimed towards former ​Watford player ​Richarlison, who joined the Toffees in the summer in a deal potentially rising to £50 million. However, it seems as though the sizeable transfer fee has charmed them slightly in their understanding of the Brazilian forward's decision to leave for Merseyside.

Therefore it was Silva who received most of the bite from the away fans with the inflatable reptiles and even snake-themed signs adorning his name aimed in his direction. 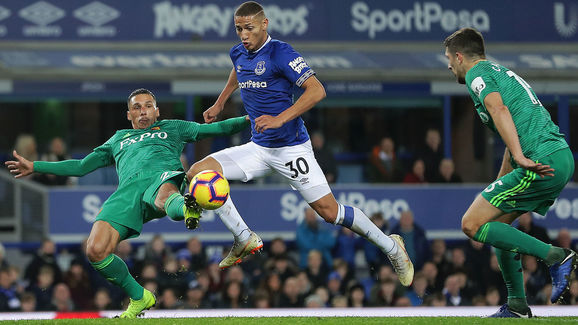 The clash has become something of a modern day derby, with recent history between the two clubs creating a venomous environment in the relations between the sets of players, which was highlighted by Troy Deeney, ​who promised to 'smash' former teammate Richarlison during Monday's game as he is now the 'enemy'.