Jack Rodwell: The Academy Star With the 39-Game Winless Run Who Faded Dramatically

He was slighter than Rooney, but equally dynamic and adept at such a young age. He was thrown in at the deep end on a European night against AZ of the Netherlands. He was just 16 years old. It began what was destined to become a glittering career of much fanfare.

But for Jack Rodwell, that’s not what has happened. 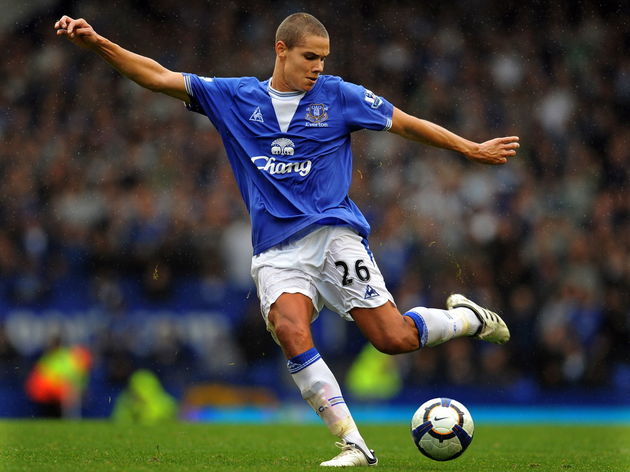 Rodwell was a celebrated centre back at youth level, but David Moyes trusted the raw Southport talent in more advanced areas, watching as his faith was paid back by the maturity of a Rodwell now playing as a defensive midfielder or as an eight.

A couple of cameos in the Premier League were swiftly followed by a first professional contract. Life was good for Rodwell.

As he slowly ingratiated himself with the club, the ​Everton faithful and indeed Moyes, Rodwell edged closer and closer to becoming an important player at the club. In a first European start against Czech side Sigma Olomouc in 2009, he clattered in two classic long-range strikes as the Toffees romped to a comprehensive 4-0 win. The latter was a peerless effort that kissed the crossbar as it drifted home. Three years of stellar service earned a dream approach from ​Manchester City in the summer of 2012. Rodwell would move on to pastures new. He could be forgiven for getting ahead of himself, but things were still only going to get better for the 21-year-old. It was incredible. He’d spent five full seasons as an Everton first-team player and was still only 21.

Everton hadn’t just made him a hot prospect. Rodwell had become a full England international by playing twice under Fabio Capello while with the Toffees, something that seemed inevitable from the moment the Three Lions’ Under-16s got their hands on him way back in 2006.

His England debut? A victory over world and European champions Spain. Game time was limited for Rodwell in his first season at the Etihad. Roberto Mancini was working a sort of semi-miracle in Manchester, earning the club its first silverware in 35 years, with admittedly immeasurable financial backing.

In his first season, injury between October 2012 and January 2013 somewhat hampered Rodwell’s push for a regular starting berth.

But two goals on the final day of the campaign against Norwich, his first for his new club, showed there were signs Rodwell could play a leading role for City and England in the decade to come. An England call-up under new manager Roy Hodgson arrived in June. On he came for Theo Walcott, facing Brazil at the sacred Maracanã Stadium. He’d never play for England again.

Did the hunger stop? Did his invention dry up? Did luck run out? Only Rodwell knows, but the spiral that sent him on a rapid regression down the football pyramid also sent him down in the estimation of those who had once hailed his talents.

The 2013/14 season yielded a mere five league appearances for City. The £15m signing would have to go.

Might Sunderland bring the upswing his career trajectory needed? 19 days after signing for the Black Cats, Rodwell had salvaged a point for the club in a league match against ​Manchester United. While Rodwell put in decent displays for Sunderland, popping up with the odd headed goal or nicely threaded assist, he also endured a record-breaking 39-game winless run. Sunderland didn’t ­- Rodwell did. It finally ended in February 2017, but he and the Black Cats were well on the way to a rather emphatic relegation from the Premier League by then.

A poor attitude, a bumper contract, and a mental state deemed too fragile to brace the football pitch at the time, Rodwell’s £70,000-per-week contract was terminated in summer 2018 after he’d played a measly two matches of Sunderland’s catastrophic 2017/18 Championship campaign.

What a wasted talent Jack Rodwell is #SunderlandTilIDie

He needed someone to trust him again and ​Blackburn Rovers did. After a good season with the Riversiders, they tried to extend his one-year contract, but instead he let it expire. Roma came sniffing around, but offered Chris Smalling a move instead of his former England teammate.

29-year-old Rodwell now finds himself at Chris Wilder’s ​Sheffield United now - prior to the coronavirus outbreak he was training with and being paid by the Blades, but yet to play for them in the league.

Also on their books is estranged Red Devils academy star Ravel Morrison. Make of that what you will.