Liverpool manager Jurgen Klopp has revealed he apologised to Everton manager Marco Silva after running on to the pitch in celebration after the Reds won the Merseyside derby on Sunday.

In the most bizarre turn of events, forgotten man Divock Origi came to Liverpool's rescue and scored a 95th minute winner, to close the gap on Manchester City at the top of the Premier League to just two points. The goal came after a sliced shot from Virgil van Dijk bounced twice on the top of the bar, before falling back into play. 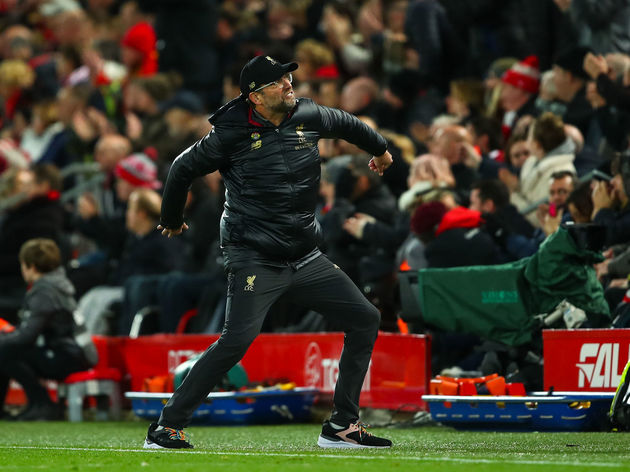 Jordan Pickford, in Everton's goal, was at fault for the goal, but as the ball bounced into the net it was Klopp who commanded the attention by running to goalkeeper Alisson and jumping into his arms.

“All of your colleagues asked me about this situation but, to be honest, I didn't see what happened. I didn't see it. I don't know what he did and the way he did it.

“I think he didn't expect it, it was a lucky day for him this afternoon. It's football. I cannot tell you if it was any disrespect because I didn't see it.

Going back to the goal, scored by a player who has had his share of injury problems and never really seen his career take off, Klopp said: "We had that free-kick, we had the formation for second balls, which is pretty rare in a situation like that when everyone wants to be in the box, wants to be the one who scores.

"Of course, it was a bit lucky - Virg, in the moment when the ball left his foot I thought it was over and then you see the back-spin, you see the ball flies direct onto the crossbar and then it was an unthankful job for Everton and Divock was there. It was a very intense game and obviously a much nicer finish for us."

"I said it to him (Origi) on the pitch actually. I had it in my mind and never forgot it. Fouls happen, harsh tackles happen and in his case it was so obvious it was a break in his development because at that time he was outstanding.

"At that time when Div played, he was an unbelievable threat: speed, physically strong, I remember the Dortmund game and stuff like that. "So it was always in my mind when I thought about Div, that night. Coming on tonight, now he can finish that book and from now on everything will be fine again."