​Manchester City can regain their hold of top spot in the Premier League on Saturday as they welcome Everton to the Etihad in the day's early kick off.

Pep Guardiola's side will be desperate to return to winning ways following their first loss of the season last week to Chelsea, though face an Everton side that have shown a renewed vigour this term under new manager Marco Silva. The Toffees are also in need of a win, who have

Guardiola's injury concerns have shown no signs of slowing up in recent weeks. Recent injuries to first choice midfielders ​David Silva and Fernandinho have left the Spaniard severely short of midfield options, with star man ​Kevin De Bruyne continuing his recovery from another serious knee injury. Guardiola claimed in midweek that he has just 15 senior players fit for selection ahead of his side's Champions League fixture with Hoffenheim meaning any squad rotation will be limited over the Christmas period.

​Everton have a near fully fit squad for the weekend's clash, though are still without James McCarthy who has been absent since January with a broken leg.

​Manchester City edge it when it comes to head to head results by one, the Citizens have won 69 compared to Everton's 68, with 47 games ending in a stalemate.

A good win and we finish top of the group! Congrats to @LeroySane19 on the two goals 🔵🔵⚽️⚽️ pic.twitter.com/5H8SzlxBOQ

Recent results show that the Toffees have become something of a bogey team for Guardiola, with City losing once and drawing twice in their last four encounters with Marco Silva's side. Everton's 4-0 victory over City back in January 2017 was their biggest win at Manchester City since 1986.

Manchester City were seemingly in cruise control and flying at the top of the table until last week's defeat to Chelsea. Seven back to back victories since a 1-1 draw with Liverpool back in October demonstrates City's dominance in the league.

For all their domestic dominance, City have displayed a fragility at the back in Europe this term with Lyon scoring four times in two fixtures in the Champions League. Everton's capture of ​Richarlison from Watford in the summer has proven to be shrewd business. The Brazilian unsurprisingly fits perfectly into Marco Silva's system, from their time together at the Hornets.

Silva's attacking ideology has brought more goals to Goodison Park and has made the Toffees an exciting side to watch, though has failed to address a porous defence. Recent draws against Watford and Newcastle that in truth should have been victories show where Everton are really at under Silva. Here's how both side's have got on in their previous five fixtures:

City have shown they are more than capable of bouncing back under Guardiola, and will have the possibility of returning to the top of the table ​as an extra incentive. 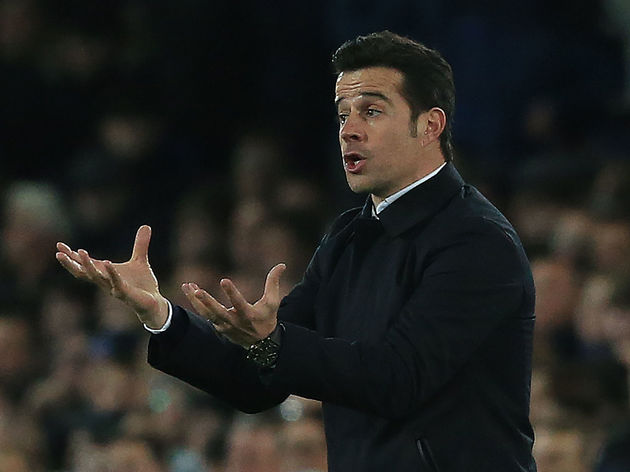 Everton are certainly capable of troubling the league's top sides this season and will consider themselves hard done by in recent weeks. Victory at the Etihad though may be a step too far for Silva's youthful side.