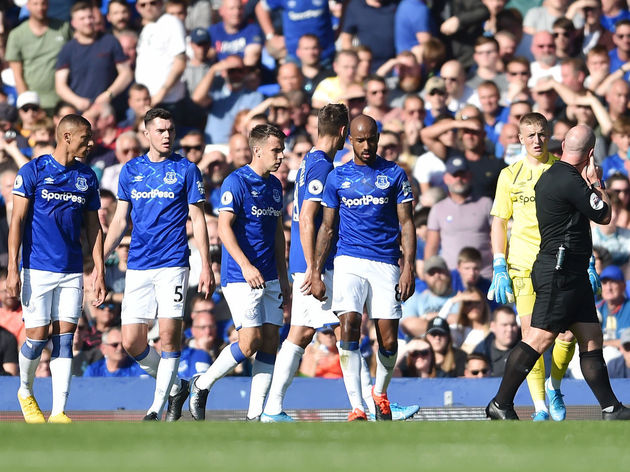 Now, as quoted by MailOn​line Sport, Silva has revealed in press conference ahead of the Carabao Cup tie with Sheffield Wednesday that he blasted his players for their poor showing, admitting that his side were lacking character and leadership in key moments.

"Now I don't want anyone hiding. Not me, not them. It is a moment for us to go and play football and to take responsibility as well. In the second half (on Saturday), I didn't see that ability. In some moments, many players were hiding and did not give solutions. I want everyone there.' Silva will be hoping the competition offers a chance to ease the heat on him and his players. After an expensive outlay on new recruits in the summer, there was renewed expectation that ​Everton could push for a top-six place this season.

However, after defeats to ​Aston Villa and ​Bournemouth on the road before Saturday's latest setback, there is now real pressure mounting on the Everton boss to rapidly improve a below-par start to their campaign and deliver some much needed success to the blue half of Merseyside.