Everton manager Marco Silva has called for VAR to be used fairly for both teams after a contentious penalty decision turned Saturday's game in Brighton's favour,

The Toffees were 2-1 up with just over ten minutes to go when Michael Keane challenged Aaron Connolly in the air, and while there seemed to be minimal contact, VAR awarded a Brighton penalty that Neal Maupay converted.

Lucas Digne's stoppage-time own goal gifted the Seagulls all three points, but the Everton manager seemed most frustrated that his side weren't awarded a penalty of their own following 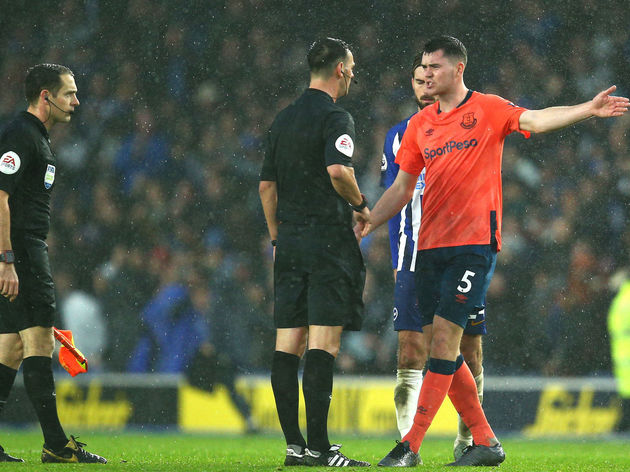 Speaking after the match, as reported by ​Sky Sports, Silva revealed his frustration, stating: "

It's been a bad start to the season for the Toffees - languishing just above the ​Premier League relegation zone and having lost five of their last six fixtures - and this latest defeat will do little to ease the pressure on the ​Everton manager.

FT. It's a sickening way to lose the game for the Blues.

VAR's decision might have played a big part in sapping the confidence from his team, but Silva knows his team should have done better in that final ten minutes to at least come away from ​Brighton's