​Everton manager Marco Silva could be sacked by November after being told he has three games to turn his side's fortunes around.

The Portuguese is reported to be under no illusions that his job hinges on the Toffees' trio of fixtures after the international break. The 42-year-old led the Merseyside club to a respectable eighth-placed finish last term, but after a dire start to this season his project has majorly stalled.

Four straight league defeats, with only an EFL Cup victory over Sheffield Wednesday briefly stopping the rot, have left them floundering in the relegation zone on goal difference, and the pressure has mounted on Silva to get things back on track fast. 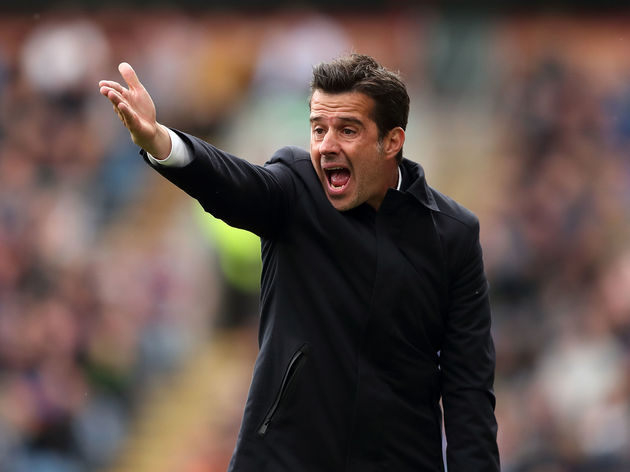 They face ​West Ham and Brighton once normal service resumes after the pause, and will require a couple of positive results if they are to lift the malaise surrounding the club at present.

If they fail to attain that, the ​Daily Star report that the EFL Cup tie with Watford on 29 October could prove decisive for the Portuguese boss, as ​Everton chiefs run out of patience.

He could, of course, face the sack earlier than that if the current trend continues in their next couple of matches, but as things stand, the Toffees hierarchy see their recent dip as an outlier, and are content Silva can turn it round. Nonetheless, five defeats from eight matches has raised questions over the side, with their lack of goals - six, more than only ​Newcastle and Watford  - a particular concern. They spent more than £50m on Moise Kean and Alex Iwobi in the summer and the attacking duo have managed just one league goal between them in the first eight matches.

A victory over West Ham at Goodison Park on 19 October - a side they expect to be competing with on the periphery of the European places - would go some way towards putting things back on track.