​Everton manager Marco Silva has said his players were 'fantastic' in bouncing back from a 6-2 defeat to Tottenham to hammer Burnley at Turf Moor on Wednesday, saying his side's lightning quick start paid dividends.

Having shipped six goals to a rampant Tottenham at Goodison Park just three days earlier, the Blues travelled to Turf Moor looking to immediately make amends, and they did so with aplomb, as goals from Yerry Mina, Lucas Digne and a penalty from Gylfi Sigurdsson had them 3-0 to the good after just 22 minutes.

Gylfi Sigurdsson from the penalty spot.

Everton are 3-0 up at Burnley after just 21 minutes!

Further goals from Digne and Richarlison settled things down after a Ben Gibson header gave ​Burnley fleeting hope of a comeback, as ​Everton reversed the damage to their goal difference suffered at the hands of ​Spurs, and Silva said after the game that bouncing back so soon after a damaging defeat was important.

"It was a fantastic answer from our players," said the manager, as quoted by ​Sky Sports.

"Not just the team but the fans as well. We prepared well, we started well, because it is not easy to play here.

"When you have a bad result the best thing is to play quickly and the players have proved that. We have got a good result, an important win.

"The last result was tough but we have no doubts about our personality or quality. We had a bad afternoon but have proved not just our quality but our commitment and attitude as well."

He went on to highlight the attacking influence of left-back Digne, after the summer signing from Barcelona scored twice, including an exquisite first half free-kick, further establishing himself as the Toffees first choice in the position. 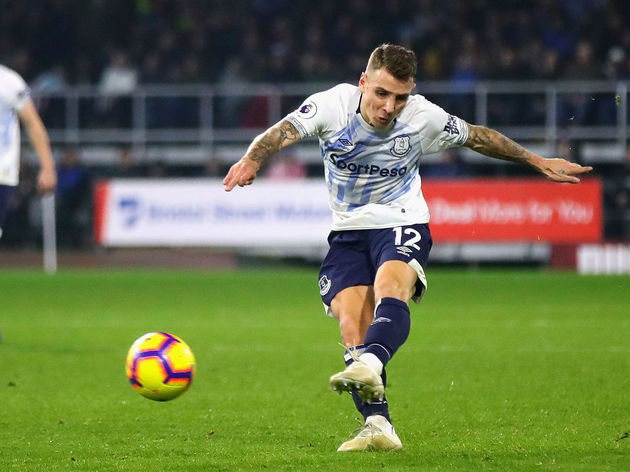 "Lucas is important for us. He has settled really fast in the club and ​Premier League. He is a fighter and with a lot of quality - with crosses, free kicks and corners as well."