Everton manager Marco Silva is hopeful that midfielder André Gomes will make a comeback before the end of the season after undergoing successful surgery on his gruesome ankle injury.

Gomes suffered a fracture dislocation following a challenge from Tottenham Hotspur's Son Heung-min, but he has since gone under the knife to try and accelerate his recovery.

Thank you for your unconditional support! 

Silva confirmed (via ​BBC Sport) that ​Gomes' procedure was successful, and he went on to reveal that the club feel as though the Portugal international may actually be able to fight his way back into the ​Everton team before the end of the season.

"Everything went really well and we hope we can see him playing again this season," Silva admitted.

"It's not easy for us to give an exact date of when he will return but in our mind, and the feedback from our medical staff, is that it is possible. 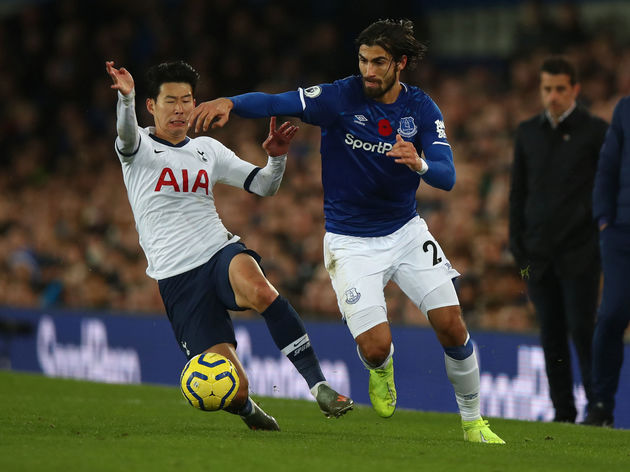 "We all saw that moment and it looked like a really serious injury. Obviously, it is not something we can be 100% sure on but there are lots of positives."

​Son, who was sent off for the challenge, eventually had his red card rescinded, and Silva went on to admit that he felt sorry for the ​Spurs man, who clearly did not have any malicious intentions when he made the challenge.

"Of course that was a tougher moment for André, for sure, than all the others on the pitch," Silva explained. "The toughest moment was for André, but of course for the two players who were involved, first Son and after, [Serge] ​Aurier, it was really tough as well.

"But now is a moment for us to understand the situation and most importantly, to give Andre all the support he needs.