Everton boss Marco Silva has revealed several things about Moise Kean including his thinking for substituting summer signing Moise Kean at half time and his decision to play him at right wing.

Kean was given a start in Everton's 2-0 win over ​Watford in the Carabao Cup - but was replaced by Theo Walcott at half time with the score at 0-0.

Everton's signing of Kean in the summer was seen as one of the best pieces of business done by a Premier League club, but the 19-year-old is yet to get on the scoresheet for the Toffees. 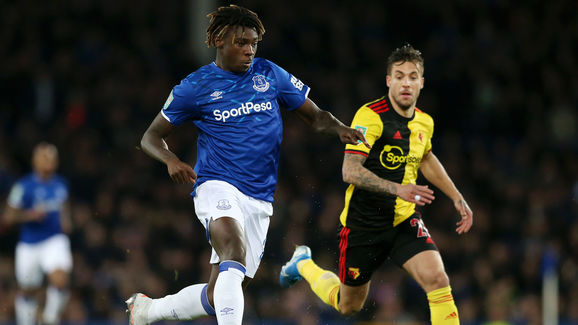 Silva has come under fire for his decision making at ​Everton - one of the main bones of contention being his reluctance to play Kean more, and his habit of playing the striker out wide.

In a lengthy interview with the ​Liverpool Echo, Silva stated: "​

“He is a young lad, he needs to adapt to the model, to the type of game, for everything, for the moves we want to do – not just as a striker but as a winger as well – and I cannot say to you that it is better for him to play in one position over another."

Silva’s use of Moise Kean is gross misconduct absolutely clueless

Just for clarification Moise Kean played 9 minutes on the wing for Juve last season. He a CF not a Winger

“It is a very difficult job,” Silva added when questioned about Kean's role in the English top flight. “You are talking about a young boy but a clever boy as well. He understands the time, he understands that he is here to work really hard to get his chance and play football, which is what he loves."

The former Hull manager insisted that he feels no pressure to play the Italian, saying: "