Everton midfielder Gylfi Sigurdsson has been ruled out of Iceland's upcoming UEFA Nations League game against Belgium after hobbling off in the Toffees' 0-0 draw with Chelsea at Stamford Bridge on Sunday.

The 29-year-old left west London wearing a protective boot on his ankle after falling victim to a crunching tackle from Chelsea midfielder Jorginho. The Italian midfielder escaped with just a booking, despite going into the challenge with his studs showing.

Sigurdsson initially played through the pain barrier, but he was eventually subbed in the second half as his ankle woes persisted. Everton boss Marco Silva has admitted that he is concerned over how long Sigurdsson may be out for, with the Portuguese boss hoping for a swift return to action.

“I hope we do not lose Sigurdsson for a long time because of the tackle from Jorginho," Silva said after the game, as quoted by ​Th​e Sun.

“We have an international break and he may not be right for that. And I hope we do not lose him after that." 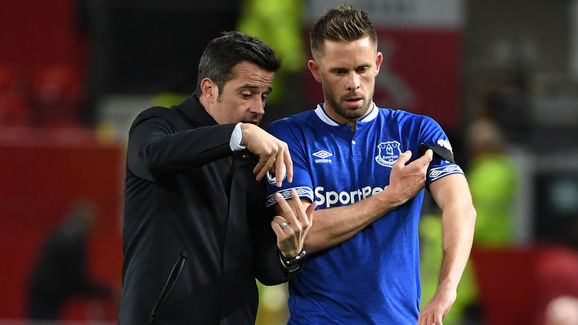 Sigurdsson has been a key player for​ Everton so far this season, starting every one of Everton’s 12 Premier League games this season. The £45 million midfielder is the Toffees' second top goalscorer this term, having notched five goals so far from midfield.

The final international break of the year may have come at a good time for Everton, as Sigurdsson will now be allowed to rest and recuperate ahead of a hectic run of Premier League fixtures, which includes a Merseyside derby clash against Liverpool at Anfield.